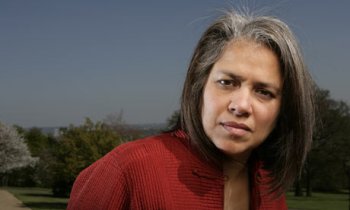 Her speech, entitled 'The Men Who Killed Gandhi' : Secular India and the rise of Hindu nationalism, will take place in Manchester on Saturday 8 September.

The lecture – named after our founder Charles Bradlaugh – is an annual event which provides a space for a distinguished speaker to explore a secularist topic in depth.

Gita will focus on the impact of Hindu nationalism on contemporary British, Indian and international politics. She will also discuss the history of secularism in India, comparing Hindu nationalism with more pluralistic elements of the broader nationalist and anti-imperialist movement.

The lecture comes amid increasing concern over Hindu nationalist rhetoric, violence and policy, particularly in India. Last year a Pew Research Centre study found that India was the fourth worst country in the world for religious violence. Observers say Hindu mobs have in particular targeted Muslims, Christians and Sikhs.

In recent weeks India's governing Bharatiya Janata Party (BJP), a Hindu nationalist party, has criticised the Catholic archbishop of Delhi after he warned that the country's secular democracy was under threat. In another high-profile story last year violent threats forced delays to the release of a film which some Hindus objected to.

NSS chief executive Stephen Evans said: "The rise of Hindu nationalism has implications far beyond the subcontinent, where it is already contributing to persecution against Muslims, Christians and other religious minorities. In the UK we have seen sustained opposition to equality laws, threats of violence against cinemas and cooperation with the nativist far right over anti-Muslim activism.

"Gita Sahgal is eminently qualified to speak on this topic and will bring a wealth of experience, as well as a well-informed personal perspective, to the lecture. We very much look forward to hearing what she has to say."

The lecture will take place at the Manchester Art Gallery, which displays a portrait of Bradlaugh by Walter Sickert. Sickert's piece – donated by the NSS's Manchester branch in 1911 – is an iconic image of Bradlaugh standing at the bar of the House of Commons, forbidden on account of his atheism from taking up the seat to which he had been elected multiple times.

The lecture will be followed by an audience Q&A and a drinks reception. Tickets are just £10 – and NSS members get a 50% discount.

Find out more and book your tickets.