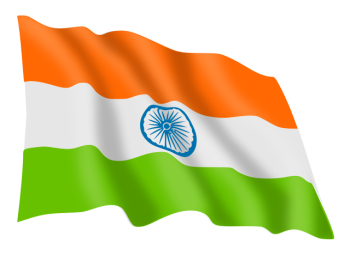 India's ruling Hindu nationalist party has criticised the Catholic archbishop of Delhi after he warned that the country's secular democracy was under threat.

In a letter to all parish priests and religious institutions in the archdiocese of Delhi, archbishop Anil Couto called for priests to "pray" for India amidst tensions between Christians and Hindu nationalists.

"We are witnessing a turbulent political atmosphere which poses a threat to the democratic principles enshrined in our constitution and the secular fabric of our nation," Couto wrote in the letter on 8 May.

The archbishop also called for a prayer campaign until the May 2019 general election. The letter contained suggested language for a prayer to be read during masses which referred to "the clouds eclipsing the light of truth, justice and freedom" and said "may the ethos of true democracy envelop our elections with dignity".

"I personally believe that no one should say things like this, for a religious person to make such comments cannot be accepted and appreciated," BJP president Amit Shah said.

Subramanian Swamy, a lawmaker in India's upper house of Parliament, tweeted on Tuesday that India should consider scrapping ties with the Vatican.

"The PM must direct MEA [India's foreign ministry] to scrap the diplomatic relations with Vatican and seal the its [sic] Embassy in Chanakyapuri because the Archbishop is a formal nominee of the Vatican," Swamy wrote.

In its annual report this year the United States Commission on International Religious Freedom said religious freedom was on a "downward trend" in India due to violence, intimidation and harassment of religious and other minorities by Hindu nationalist groups.

This included an increase of lynchings of Muslims and 'lower-caste' victims by Hindu mobs on suspicion of possessing of slaughtering cows, which are sacred to the Hindu faith. Seven Indian states have also passed anti-conversion laws, which mean anyone wishing to change their religion must obtain approval from the state government.

"At the federal level, Prime Minister Narendra Modi has made statements decrying mob violence, but members of his own political party have affiliations with Hindu extremist groups and many have used discriminatory language about religious minorities," the report noted.

In February a report for the Irish government warned that Christians in India were suffering a "dramatic upsurge" in attacks, carried out by Hindu militants.

The archbishop defended his comments on Indian TV and was supported by opposition politicians.

Mamta Banerjee, the top elected official in West Bengal state and a member of the All India Trinamool Congress party, said: "I think whatever he has said was correct. It is a fact."

Sitaram Yechury, general secretary of the Communist Party of India (Marxist), said the only protection for minorities is the constitution's promise of equality. 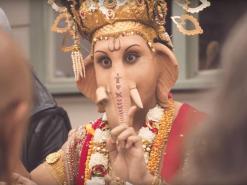 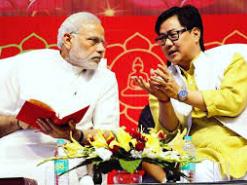 The Indian government plans to deport 40,000 Rohingya Muslims living in the country to Myanmar after labelling them all illegal immigrants....