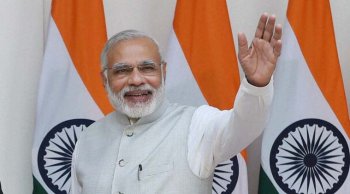 Violent threats look set to censor a film which was due for UK release today. It's the latest sign of rising Hindu fundamentalism. In response, Chris Sloggett says, we must make sure no religion gets special treatment.

The makers of the Bollywood historical epic Padmavati say it doesn't feature a love affair between a 14th-century Indian Queen and a Muslim invader. But for members of Rajput Karni Sena it doesn't seem to matter. Cinemas that screen the film, the group's leader said last week, should be burnt down.

Just a month earlier another group told British cinemas: "Our members are trained in handling a large array of weapons ranging from swords to AK-47s." A proportionate reaction, you will surely agree, to rumours that a film might offend someone's religious sensibilities. (To be fair, viewers do also risk catching a glimpse of the Queen's midriff at one point).

The threat of violence is credible. Filming already had to be moved because a gang broke on to the set and beat up the director. And it gets worse. Suraj Pal Amu, a senior official with the Bharatiya Janata Party (BJP), said he would reward those who beheaded the film's star and director. That's the BJP of Narendra Modi, the prime minister of the world's second most populous country.

Padmavati has been banned in three Indian states. It was due to be released in the UK today; the British Board of Film Classification has given the film a 12A rating and passed it uncut. But good luck trying to see it. The producers have indefinitely delayed its release – and even if it does eventually get released, how many cinemas will take the risk?

This is just the latest Hindu fundamentalist attack on free expression. Last week Australia's advertising standards body said an advert could not be shown because it made a joke about an elephant-headed god. The board decided the advert's creators had discriminated against or vilified a group of people because they called Ganesha "the elephant in the room". People who write, draw or film are being put on notice: if religious groups sense the chance to play the victim card, they will shut you up – with the help of the supposedly secular authorities.

This is not a new phenomenon. In 2006 hardline Hindus managed to close an exhibition of MF Husain's work in London – and drive the artist into exile from India – because they disliked his paintings of nude goddesses. And as Nick Cohen noted in You Can't Read This Book: 'The reaction to [this] attack on intellectual freedom in the heart of a city that boasted of being a great cultural capital was instructive. There was no reaction.' Artists and intellectuals stayed silent. Press coverage was non-existent. Politicians tacitly accepted that religious sentiments should be 'respected'.

In the West it is perhaps easy to miss the rise of fundamentalism that is neither Christian nor Islamic. Christianity is assumed to be the traditional western religion, and still enjoys great institutional power in countries such as the UK. Islam has a growing presence; its fundamentalists are increasingly assertive; it brings a bigger risk of terrorism than other religions; and Western society's reluctance to stand up to unreasonable demands made in its name has been particularly obvious.

Many on both the political right and left spend a great deal of time talking about Islam in whichever way fits their agendas, with the risk that all else gets forgotten. Reading through the initial paragraphs of this piece, with a few isolated word changes, you could be forgiven for thinking they were about Islam. And indeed Islamism is a potent threat to our freedom to follow or ignore religion as we wish.

But it is not the only one. Donald Trump has risen to power on the back of the US Christian right. Vladimir Putin has allied himself closely with the Russian Orthodox Church. Benjamin Netanyahu's Government is increasingly threatened by people who want to stop rail works taking place on Saturday or restrict Government funding for dance performances which contain nudity.

And as India in particular shows us, Hindu intolerance also stands emboldened. Modi's party sees India as an explicitly Hindu country. In March it appointed Yogi Adityanath to run India's most populous state, Uttar Pradesh. Adityanath has been accused of attempted murder, criminal intimidation and rioting. He has spent time in prison for violating public restrictions in an area at risk of erupting into Hindu-Muslim violence. Since taking office he has even helped to stir up sentiment against the Taj Mahal, which was not included in the state's latest tourism brochure because of its Muslim heritage.

In April a Pew analysis ranked India the fourth-worst country in the world for religious intolerance. Among its most shocking findings was that beef-eating Muslims had been lynched. Other reports also suggest attacks on religious minorities are increasing in India.

This may seem like a faraway quarrel to those of us in the UK, but the Government's response has been to seek closer trade links with India. And that is weakening its resolve at home: its foot-dragging on caste discrimination, in particular, is sending a damaging message that those of 'other' cultures can treat each other as badly as they like.

This weakness encourages both Hindu fundamentalism and other religious movements which define themselves by their opposition to it. Most of us may take a while to notice this, but the failure to set a consistent tone fuels the sense of identity-based grievance – both legitimate and otherwise – behind social disintegration. And unless the ideas which start on society's fringes are defeated they enter, and eventually dominate, mainstream discourse.

If you think this is unlikely to matter, consider last year's mayoral campaign in London, when Zac Goldsmith's ham-fisted campaign tried to target Hindu and Sikh voters with specific messages. At one point he managed to make a point which was both alarming and irrelevant, by sending voters literature stressing his support for Modi.

Goldsmith's campaign seemed designed to gain votes by setting Hindu and Sikh groups against Muslims – a strategy surely inspired by the faith of his opponent, Sadiq Khan, and many of his supporters. Meanwhile a significant chunk of polite left-leaning opinion told voters to elect Khan not on his merits, but because it would be good to have a Muslim mayor.

Khan's identity – and a very shallow version of it at that – became a major issue for both his supporters and detractors. Few people seemed to make the case that Londoners should probably pick their mayor based on who would make the tube run on time, protect them from criminals or find a credible way to build enough affordable homes.

We can only put such substantive issues back in the centre of public attention if we stand consistently for the principle that religion is a private matter. The more one 'side' makes its beliefs an area of public interest and gains special concessions, the more its competitors will demand the same thing.

Radicals must be told that people are entitled to their beliefs but not to weaponise them in public debate. Defeating any form of fundamentalism means returning to secular principles: religions are sets of ideas which do not deserve extra 'respect'; everyone has freedom of religion, but that comes with responsibilities to adhere to a basic set of common values and not to infringe on the liberty of others; and policy-making should be based on reason, not grievance-mongering.

It doesn't sound too difficult. But when religion is asserting itself so strongly, the only certainty is that it will need saying again and again.