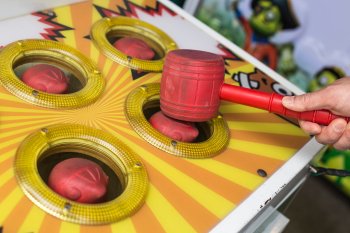 The Charity Commission for England and Wales has a lot on its plate. It regulates over 185,700 charities, and actively seeks to register more – including more religious charities.

It's therefore laudable that despite its heavy workload, the commission is keeping its ambitions high in its 2021-22 business plan. The plan's aims include "keeping charity relevant" and continuing to "put the public interest front and centre of our approach to regulating charities".

The National Secular Society, which campaigns for religious and non-religious charities to be held to equally high standards, naturally supports these aims. But without fundamental reform to charity law itself, the commission will be unable to truly realise its objectives.

According to charity guidance, charities must serve a public benefit and must not promote extremism. But over the years, the NSS has reported dozens of charities to the commission for promoting extremist ideas, including homophobia and misogyny, through their websites.

What do these charities have in common? They're all registered under the charitable purpose of "the advancement of religion". The harmful ideas they promote are rooted in the particular religion each one is advancing.

Out of all these cases, only two appear to have resulted in significant action from the commission. After the NSS reported them for serious failings, the commission appointed interim managers to Kingdom Church GB and Islamic Research Foundation International, which now puts the future of those charities in question.

However, in all other cases, the charities remain in operation and no significant action appears to have been taken.

To the commission's credit, in the majority of cases most of the harmful content we reported was removed from the websites.

But is this sufficient? For many of these charities, the website is only a minor part of their communication. Most of their public engagement will be via a place of worship. Unless the charity routinely records and publishes its sermons, there is no way to know whether the extremism, homophobia and misogyny purged from its website continues to be repeated in its church or mosque. And that's before we consider the books, pamphlets and other materials charities produce or distribute – all virtually tax-free, of course – that may also contain these ideas.

And in a few cases, intervention from the commission has not led the harmful material being removed.

For example, in 2019 we reported the Afghan Islamic Culture Centre (AICC) in London to the commission after discovering its website hosts an ebook that condones the death penalty for Muslims who don't pray enough or who leave Islam. Its homepage also links to another website, Ask Imam, which condones the execution of gay men and apostates.

What's more, no lessons appear to be learned. The NSS monitors all charities that register under 'the advancement of religion' every month, and we continue to find new charities with content on their websites that flies in the face of the public benefit duty. The most recent example is Utrujj Foundation, which registered as a Charitable Incorporated Organisation in December, and had an article on its website written by one of its trustees about how and when men may beat their wives according to Islam.

That article has recently been removed after the NSS reported it to the commission, but why should it fall to NGOs to play charity watchdog? And why do these kinds of charities keep being registered in the first place, with all the tax benefits and public trust such status provides? The 'whack-a-mole' approach to regulation is inefficient and ineffective – as one bad charity is hammered down, more pop up in its place.

The fact is, the Charity Commission, and its equivalent regulators in Scotland and Northern Ireland, are hamstrung by archaic charity laws that give special privilege to religious charities.

The uncomfortable truth is many religions at their core are homophobic, misogynistic and intolerant by 21st century British standards, reflecting the values held by the ancient societies where those religions originated. It's therefore unsurprising that charities set up to advance orthodox interpretations of these religions will end up advancing ideas that are homophobic, misogynistic and intolerant.

There are and will continue to be religious charities that really do good work. They have no need of the charitable purpose of 'the advancement of religion' to continue; they'll find their mission easily aligns with other charitable purposes such as 'the relief of poverty'.

We cannot reasonably expect the commission to vet the websites of every single charity it registers for dodgy content. But we can crack down on the common factors that make a charity more likely to promote such content in the first place. The charitable purpose of 'the advancement of religion' is a glaring common factor.

For as long as 'the advancement of religion' remains on the list of charitable purposes, the commission, hardworking though it is, cannot hope to achieve its objectives under the current system.

If the commission is to succeed in "keeping charity relevant" and putting "public interest front and centre", charity law must be changed to ensure only religious organisations doing genuine good, without any extremism attached, can benefit from our charity system.