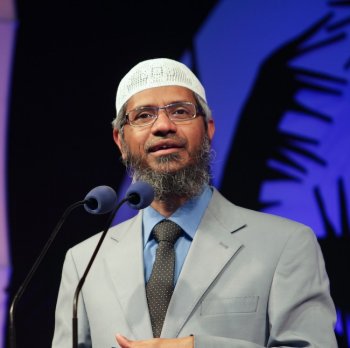 As a commission calls for action to tackle hateful extremism, Megan Manson says changes in the charity sector – including legal reform – would be both helpful and compatible with fundamental liberal principles.

Last month the Commission for Countering Extremism (CCE) published a report reviewing current strategies for dealing with 'hateful extremism'. The commission is keen to marginalise activity that intends to advance a religious "supremacist ideology" by creating a climate conducive to hate crime or violence, or to attempt to erode fundamental rights and freedoms.

Anyone wading into this territory faces a delicate balancing act. Trying to legislate against extremism risks encroaching on freedom of expression. But it's also reasonable for policy makers to seek to disempower those who push supremacism and undermine liberal democracy.

One approach that would achieve a balance between cracking down on extremism and maintaining civil liberities is to tackle the exploitation of the charity sector by extremists. Among the many issues identified as a barrier to counter extremism, the report found that the Charity Commission, which registers and regulates charities, faces "significant operational challenges" in confronting extremism in charities. So this seems like a good place to start - there's no good reason why lax charity laws should give tax breaks and official recognition to organisations which push extremist ideologies.

One charity highlighted in the report is Islamic Research Foundation International (IRFI), which was also featured in the National Secular Society's 2019 'For the public benefit?' report on religious charities. Until 2019 one of its trustees was Zakir Naik, an Islamic preacher who was denied entry to the UK in 2010 due to his extremist views. IRFI finances Peace TV, which Ofcom took off the air in 2019 following multiple breaches of the broadcasting code for hate speech and inciting murder.

After the NSS raised repeated concerns, the Charity Commission finally intervened last year and appointed an interim manager to "consider the future viability" of IRFI.

IRFI has existed as a registered charity since 2007. Why did it take so long for the Charity Commission to take action against a charity that clearly isn't serving a public benefit?

According to the Commission for Countering Extremism, the Charity Commission "faced difficulty" to automatically bar Naik as trustee because his extremist actions "do not come under the scope for disqualification". It is ludicrous that a person who is barred from entering the UK can nevertheless operate a UK charity. The report suggests creating a legal framework dedicated to countering hateful extremism, which could help the Charity Commission in barring unsuitable trustees.

But there is a more fundamental issue in charity law that leaves the door open to extremists looking to abuse charitable status. And that is the privileging of religious charities.

As the NSS argued in For the public benefit, an irreconcilable tension exists between the charitable purpose of "the advancement of religion", and the requirement for all charities to serve a public benefit. In many cases, religious charities offer no demonstrable public benefit at all that would justify the tax breaks and other perks of charitable status.

And in some cases, as evidenced by IRFI, religious charities cause harm. IRFI is just the tip of the iceberg. The NSS has referred a number of charities to the Charity Commission for extremist or hateful content promoted or signposted on their websites. Islamic Centre Leicester, Bolton Central Islamic Society and The Preston Muslim Cultural Centre all hosted or linked to content that promoted the killing of gay people or people who leave Islam.

And earlier this year, we raised concerns about the Ghamidi Centre of Islamic Communication, which registered as recently as in December. This charity had lectures on its website calling homosexuality a disease, comparing gay people to murderers, and saying it is acceptable for a husband to "punish" his wife if she challenges his authority.

Concerns about extremism have arisen in charities of other religions too. In November 2019 the NSS reported ten charities belonging to the Christadelphian sect of Christianity for website content including implicitly condoning the death penalty for homosexuals and Wiccans and stating that women should be subservient to men. One of the charities was registered as recently as 2019.

Most of the extremist content that the NSS reported was thankfully removed. But this 'whack-a-mole' approach to tackling extremism in the charity sector is unsustainable and inefficient. It does not address the extremism that may be promoted beyond charities' websites – in sermons at places of worship, for example. And it does not prevent organisations that promote extremist messages from registering as charities in the first place.

Every one of the charities listed above exists primarily to promote religion. And that is precisely what they are doing – they are promoting extremist religious ideas. The assumption in law that religion is somehow inherently beneficial, and that 'advancing religion' should therefore entitle an organisation to charitable status, ignores the fact that many religious teachings promote ideas that are reasonably regarded by 21st century UK society as extremist and hateful.

The Commission for Countering Extremism's report has identified a pertinent problem and outlined some helpful measures which could help tackle it – including assisting the Charity Commission in its role of weeding out unsuitable activity in charities. But to tackle extremism in the charity sector effectively, this needs to be accompanied by a thorough refresh of the laws that determine what is and isn't a charity.

Updating charity law to remove "the advancement of religion" would not revoke the charitable status of religious organisations that do genuine good – for example, the many religious charities that run food banks, homeless shelters and other services that assist poor and vulnerable people – because these activities can be listed under another charitable purpose.

But it would be a big step in preventing our charity sector from being exploited by those who want to undermine our democratic values of equality and human rights in the name of religious extremism.