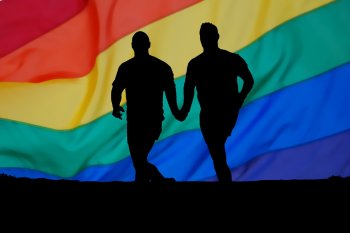 Last year, the National Secular Society referred 18 religious charities to the charity regulator over content on their websites. Many of these cases related to statements about LGBT+ people.

In the vast majority of cases, this content was removed from the charity websites after we brought them to the attention of the Charity Commission.

These were particularly egregious examples of charities promoting extreme hostility towards LGBT+ people. But in fact many registered charities openly express homophobic views on their websites. It seems that charities are allowed to promote intolerant and stigmatising ideas about gay people – as long as they're religious charities. And there seem to be no moves from the Charity Commission to rein in these charities' communications, even though fostering homophobic attitudes surely does the opposite of serving a public benefit.

To illustrate this, let's just take three examples of religious organisations that registered as charities within the past six months that openly express anti-LGBT+ views on their registered websites.

This evangelical church has a number of branches registered as charities throughout the UK. The most recently registered is the Church of God in Romford, which registered in March. Its charitable purpose is to "advance the Christian faith".

Church of God's website says those who practice "homosexual activity" can "have no part in God's Kingdom" and that it is the duty of church members to support those who come out as gay in "what will have to be for them a celibate lifestyle, at least as far as relationships with the same sex are concerned".

In discussing AIDS, it contrasts those who have been infected "quite innocently (e.g. when receiving health-care)" with those who are infected as a "consequence" of "deviant sexual practices".

This charity was registered in November last year with the principle purpose of "the advancement of the Christian faith". It is an evangelical church based in Burton, Dorset.

Its website hosts a handout by Derek Stringer (a regular preacher at the church), titled "Thinking faith – Gender Identity". While it states Christians should "oppose any mistreatment of those who identify as LGBTQIA", the pamphlet implies that to be LGBT+ is undesirable and pitiful. It says identifying as LGBT+ "may in fact be sinful if it includes an insistence upon behaviours that express that attraction". It implies homosexuality is due to "human brokenness" and says "We mourn with those who struggle with same sex attractions, and with their families".

It also says intersex people (those born with sex characteristics that do not fit the typical definitions for male or female bodies) are "one of the implications of living in a fallen world".

The charity's anti-LGBT+ attitudes extend to the treatment of its own workers. In its church worker code of conduct document, it says "sexual immorality" including "sex outside of heterosexual marriage" may be grounds for disciplinary action or dismissal.

This Surrey-based charity was registered in February to "advance the Roman Catholic religion", which it does by producing and publishing literature and holding events.

A number of articles and blogs on the Faith Movement's website express homophobic sentiments. This editorial says that the "correct response" to any young person who comes out as gay is to say "No, you are not 'gay', what you are is a human being created by God".

Elsewhere on the website, a blog entitled "Civil Law and the Homosexual Person" compares the arguments of those who support equal civil rights for LGBT+ people with "those of slaveholders and those involved in the slave trade". It says "reparative therapy" (another term for the harmful practice of 'gay conversion therapy') is an "option" for gay people, and homosexuality "seems to result from fragmentations within the child/father/mother relationship".

So why the preferential treatment?

Charity law requires all to charities serve a public benefit, and to refrain from doing more harm than good. And even when organisations are doing some good work, it's reasonable to expect regulators to hold them to account proportionately for the harm they cause. So why does the Charity Commission continue to register charities that promote the deeply harmful idea that gay people are pitiful sinners whose desires arise from psychological disorder?

The answer is religious privilege. "The advancement of religion" is one of the 13 charitable purposes recognised by charity law. These organisations are, at least partly, charities because they promote religious doctrines – even if those doctrines are deeply intolerant and exclusionary.

The same could never be said for the secular charities that make up the bulk of the charity sector. Imagine the uproar if MacMillan, Save the Children or the RSPCA began spouting the same ideas about LGBT+ people on their websites.

Secularists have long been advocates for free speech, and for religious freedom. Many secularists who are appalled by homophobia would nevertheless argue that a religious organisation should be allowed to express homophobic views because freedom of expression must apply to all.

But the issue here is that these are charities, which are supposed to exist to benefit individuals and societies. That's why we grant them generous tax exemptions, enable them to claim tax back via Gift Aid, and expect them to uphold high standards and decent values. We generally would not tolerate secular charities promoting homophobic views. So why should we give an exception to religious charities?

The simple solution is a secularist one: separate religion and state in charity law, by removing 'the advancement of religion' from the list of charitable purposes. This would not prevent religious organisations that genuinely help people and society from registering as charities. This would also not prevent religious organisations from expressing their belief that same-sex relationships are sinful.

But it would help to end the privilege afforded to religious organisations in charity law, and the irreconcilable conflicts between public benefit and religious doctrine. And it would help to ensure all charities, whether founded on religious or secular values, are held to the same high standards and expected to uphold decency, equality and dignity for all.

You can also read the NSS's report on religion and charity law, For the Public Benefit?, published in 2019.

Image by Gerd Altmann from Pixabay.