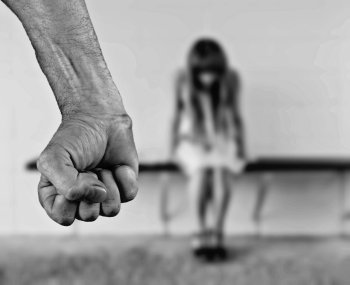 The NSS reported Utrujj Foundation to the Charity Commission after finding an article on its website that says that a man "has the permission to 'strike'" his wife as part of "a process to salvage a marriage".

The article, entitled "Can a man beat his wife in Islam?", is written by Haytham Tamim, the "founder and main teacher" of Utrujj and one of the charity's trustees. It says it is guidance for "the person in charge of the relationship [on] how to resolve issues when the relationship is going wrong".

In a section entitled "When is it permissible", the article says the "right to beat" wives is "part of a process" if a wife is "undermining her husband's authority".

In another section entitled "What constitutes a strike", the article says daraba (striking) is connected to nushuz (arrogance). It says an example of nushuz is when "the wife is troublesome, causing issues" and the husband suspects she is "talking to someone behind his back or receiving someone in his home without his permission".

It says the strike "must not leave a mark" and "must not be on the face".

Elsewhere, it implies hitting one's wife is "an act of loyalty and love".

The article quotes Islamic texts that say "men are in charge of women", "righteous women are devoutly obedient" and that women are "like your captives".

The article also quotes texts saying parents should smack their children if they do not pray.

Other articles on the website say it is a "major sin" for Muslim women to marry non-Muslim men, that divorce is "a man's prerogative", that women "have to wear hijab" and that Muslim women cannot "travel the distance of 3 days and 3 nights unaccompanied".

Utrujj registered with the Charity Commission as a Charitable Incorporated Organisation in December. Its charitable objects include "to advance the Islamic faith for the benefit of the public".

The NSS has reported a number of charities registered under the charitable purpose of "the advancement of religion" to the commission for condoning violence against women in recent years.

NSS head of policy and research Megan Manson said: "All forms of abuse and violence against women should be wholeheartedly condemned, with no exceptions."

"An organisation that condones any form of abuse has no business being a charity.

"The charitable purpose of 'the advancement of religion' has a lot to answer for. It enables organisations to dress up and justify their misogyny through religious language.

"The suitability of 'the advancement of religion' as a charitable purpose in 21st century UK must be put under urgent review."

The NSS wrote to the Charity Commission last week warning them that the 'advancement of religion' charitable purpose may prevent the commission from achieving all its objectives and priorities in their business plan.