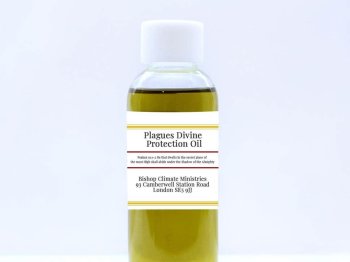 The Charity Commission has appointed an interim manager to a church following concerns raised by the National Secular Society about 'plague protection kits' sold by its bishop.

England and Wales's charity regulator announced today that it appointed an interim manager to The Kingdom Church GB in February, who will "consider the charity's future operation and viability".

The commission opened an inquiry into the south London-based charity in August after the NSS raised concerns about 'plague protection kits' made of oil and string sold by bishop Irugu Wiseman during the coronavirus outbreak.

The commission said it had "serious ongoing concerns" about the charity's administration and the financial relationship with its two subsidiary companies.

It found the charity does not have a bank account and charity funds have instead been deposited into the charity's subsidiaries' bank accounts. It is investigating the legality of this relationship.

The commission only appoints interim managers to charities "after very careful consideration" if there is misconduct or mismanagement in the administration of a charity, or if it is necessary or desirable to protect the charity's property.

In March 2020 a post on the Bishop Climate Ministries website promoted the protective power of "the Divine Plague Protection Oil" and "Scarlet Yarn".

The post originally included claims that "every coronavirus and any other deadly thing" would "pass over" those using the oil and yarn.

It was later edited to remove some specific references to coronavirus, but continued to claim people could "be saved from every pandemic" by using the oil and string.

Local paper Southwark News reported that the kits were originally on sale for £91.

A disclaimer was later added to the posts to say they were "solely under Bishop Climate Ministries and Not the Kingdom Church" (sic).

NSS head of policy and research Megan Manson welcomed the intervention from the Charity Commission.

"This church's future as a registered charity is now being questioned, and rightly so.

"All charities, including religious charities, must be held to account when they engage in unethical and harmful behaviour."