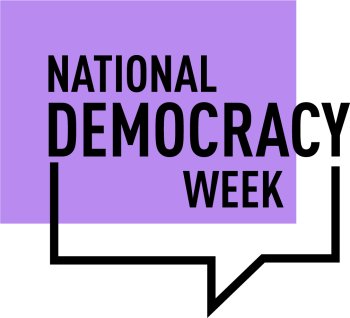 This year's National Democracy Week is special because it also commemorates the 90th anniversary of the 1928 Equal Franchise Act which gave women the same voting rights as men. Secularist individuals and groups, including the National Secular Society, were among some of the most active and outspoken campaigners for votes for women. They were on the right side of history then, and they're on the right side now.

Secularism means that citizens determine how a country is run, rather than ancient religious texts. Secularism depends on the idea that every human being, regardless of race, gender, sexual orientation or religion, is an equal member of society. That's why democracy is at the very heart of secularism.

But the fact is our democracy still suffers from inequality in participation. Once of the primary reasons for this is the enormous privilege afforded to religion.

So here are seven things the UK could do that would greatly strengthen our democracy, and broaden the rights and means to participate in the democratic process for every citizen.

1. Disestablish the Church of England

If the idea of a democracy with a state religion seems like a contradiction in terms to you, that's because it is. State religions are associated with lower levels of political and civil freedom, including restrictions on religion. And yet, we have a state religion: Anglicanism.

Although our taxes go straight into the Church of England's pocket, it's an institution that only 15% of us identify with according to the most recent stats from NatCen. It's also one that excludes certain members of society, including LGBT people. But aside from this, it makes no sense in a democracy to have one particular religion that's favoured by the state above all other religions and beliefs. Doing so gives considerable advantage to that one particular group in its ability to exert pressure on the government. Which brings us to…

2. Get rid of the bishops' bench

Only two countries give representatives of religious groups automatic seats in their legislatures. One is Iran. The other is the United Kingdom.

26 seats in the House of Lords are reserved for C of E bishops and archbishops. They act as an arm of the C of E's power within parliament, amplifying its voice in the process of law-making.

Being a member of a religion shouldn't be a barrier to entering parliament, and indeed it isn't. But likewise, seats in parliament shouldn't be automatically given to someone because they're religious. It's unfair and undemocratic. That's why the bishop's bench needs to go.

Prayers in parliament are another way the CofE asserts its dominance over our democracy. The prayers that open sittings in the House of Commons and the House of Lords are led by a C of E bishop and act as a seat reservation system, effectively meaning that even MPs and peers who are slated to speak but are not Christian have no option but to attend prayers in order to reserve a seat.

Prayers also pervade other aspects of British governance, including council meetings that start with prayers, and the annual C of E service held for judges at Westminster Abbey.

Prayers are getting in the way of real democracy. This form of compulsory worship in our government needs to go.

4. Have a secular head of state

You don't have to be a republican to recognise that there's a problem with reserving the role of head of state to only those who are Anglican and pledge to promote the Church of England. The UK is the only democracy that has an explicitly Christian accession ceremony for the head of state. Most other countries in the world allow citizens of any religious affiliation to take on the role. What's more, Catholics are explicitly excluded from becoming the monarch, and the coronation ceremony itself (presided over by the archbishop of Canterbury) has sectarian anti-Catholic overtones.

It does not make sense for our highest seat of power in government to be so closely tied to a religious group. We need to follow the examples of other democracies worldwide and secularise our head of state.

State schools are funded by taxpayers, and should therefore serve our families equally. But one third of all state-funded schools are able to ignore the rules that other schools must obey regarding admissions, employment, equal treatment and what's on the curriculum. They're faith schools.

In a democratic society, public services such as schools should be equally accessible to children from families of all faiths and none, and no state school should be given exemptions from the laws binding all other schools because of religious considerations.

6. Protect the idea of 'one law for all'

Laws themselves are at the very centre of democracy, because they arise from the parliament that represents us. That's why the concept of "one law for all", in which all citizens are bound by the same laws regardless of their race, religion, gender or sexual orientation, is so essential to democracy.

But this is yet another area where we see religion eating away at the foundations of democracy. Religious organisations are too frequently given special exemptions from laws that should apply to everyone – from exemptions to the Equality Act that allow faith schools to discriminate on the basis of religion and religious organisations to discriminate against LGBT people in employment and participation, to exemptions in animal welfare law that let members of some religions slaughter animals without stunning them first.

Additionally, religious 'courts' that attempt to assert legal authority on members of faith communities can also threaten to undermine the concept of one law for all by creating 'parallel legal systems' that rule over particular communities. It is essential that as UK citizens, we are all united by the protections and responsibilities afforded to us by our shared laws of the land.

Perhaps nothing is more important to a functioning democracy than its citizens' right to express themselves. That's why freedom of speech should never be silenced by religiously-motivated restrictions. Although blasphemy laws were abolished in England and Wales in 2008, they still remain in Scotland and Northern Ireland. Perhaps more chilling are covert forms of 'blasphemy codes' that are increasingly creeping into public life, in which criticism or mockery of religion is censored out of fear offending religious people or, worse, prompting accusations of inciting hatred towards religious people.

While hate speech and bigotry towards religious people (and the non-religious) are indeed problems in the UK, the solution is not to protect religious ideology itself in a cloak of censorship. Free speech is in fact key to confronting hate speech and fostering greater tolerance and cohesion in our society.