No head of state, be they monarch or not, should promote an official religious preference, far less be under a formal obligation to sustain one. That's why we want to see an end to the ties between our Head of State and the Church of England.

The position of the head of state should not be reserved for members of one particular faith. That's why most of the world's countries allow citizens of any religious affiliation to be head of state.

The British monarch's coronation reinforces the privileged position of the Church of England. The Church has a key role in the coronation of a new monarch, who is crowned and anointed by the Archbishop of Canterbury during an Anglican coronation ceremony held in Westminster Abbey. As part of this process the incoming sovereign must take the Accession Oath, in which they swear to 'maintain and preserve inviolably the settlement of the Church of England, and the doctrine worship, discipline, and government thereof, as by law established in England'.

The UK is the only democracy to have such an explicitly Christian ceremony for its head of state's accession, with the monarch pledging to maintain the "Laws of God". It also has sectarian anti-Catholic overtones. If the monarch declares an allegiance to, and indeed preferential status for, only one religion (as happens at the coronation), it renders everyone who is not of that religion to be less than full citizens.

It should also be noted that Catholics are explicitly excluded from becoming the monarch. Catholics are officially termed as being "naturally dead and deemed to be dead" in terms of succession, according to the Succession to the Crown Act 2013.

The monarch should be free to follow any personal faith, or none, but the monarch is the only person in the country not free to have whatever personal faith they wish, or have none at all.

If British monarchs are to continue acting as Head of State, they should relinquish the role of head of Church in order to end the unfair privilege afforded to the Church of England, and to retain their relevancy in modern UK society.

While our Head of State is also the head of the established church, we cannot have church-state separation. Ask your MP to support the separation of church and state.

Our head of state shouldn't have any constitutional entanglement with religion. I support the NSS campaign for a secular head of state.
Click to tweet

Please consider a donation to enable us campaign for the separation of religion and government. Together we can make a fairer more secular state. 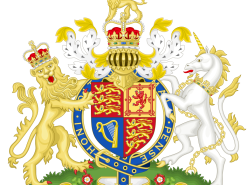 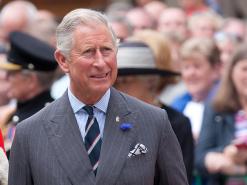 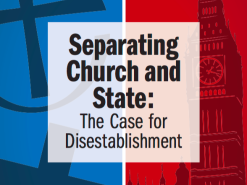 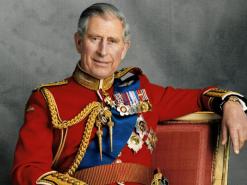