More than half of Brits now non-religious, study finds 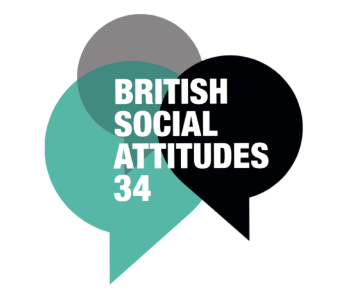 The National Secular Society has called for "a serious debate about religion's place in our society" after a study found the proportion of non-religious Britons had reached record levels.

New data from the latest British Social Attitudes survey, carried out last year by the National Centre of Social Research (NatCen), suggested 53% of British people now have 'no religion'. The figure, which confirmed an initial NSS analysis of the BSA's report, has risen from 48% since 2015 and 31% since 1983.

In a random, representative sample, almost 3,000 people were asked: 'Do you regard yourself as belonging to any particular religion?' If respondents said yes, they were asked which one, without being given a list of religions.

Their answers were fairly consistent with other surveys which have asked questions in a similar fashion. And the recent Scottish Social Attitudes survey found that an even higher proportion of Scots (58%) had no religion.

The BSA survey suggests affiliation to the Church of England is in particular decline. Just 15% of respondents called themselves Anglican – half the proportion who said the same thing in 2000.

The proportion of people who call themselves Catholic has remained relatively stable, at around one in 10, over the last 30 years. Around 6% of people say they belong to non-Christian religions.

Religiosity declined in every age group between 2015 and 2016, but particularly among the young: 71% of people aged 18-24 said they had no religion. That figure had risen 9% in one year. NSS president Terry Sanderson said this was not surprising: "The report says young people are 'losing their religion', but it is more likely that they never had any religion to lose."

Roger Harding, head of public attitudes at NatCen, said the differences by age were "stark". "With so many younger people not having a religion, it's hard to see this change abating any time soon," he added.

Just 3% of those aged 18-24 described themselves as Anglican, compared to 40% of those aged 75 and over. Stephen Evans, the NSS's campaigns director, said this provided a significant boost to the campaign against faith schools.

"One common – albeit flawed – argument from the pro-faith school lobby is that they meet parental demand. But these figures make clear that Anglican schools will not be an attractive proposition for the majority of tomorrow's parents."

In July the BSA report also suggested that non-religious people were more socially liberal than believers on a wide range of issues. Almost nine in ten people with no religion in 2016 said pre-marital sex, for example, was "not wrong at all". This was compared to 73% of Anglicans, 76% of Catholics, 62% of other Christians and 33% of non-Christian religious people.

And although religious people remain more conservative than the non-religious, their attitudes towards premarital sex, same-sex relationships and abortion are becoming more liberal. In some instances, the change is rapid. This suggests the influence of religious ideas on social attitudes is waning.

The findings add weight to the arguments made in the NSS's recent report, Rethinking religion and belief in public life: a manifesto for change. Mr Evans said they should prompt an "urgent rethink about religion's public role and the relationship between church and state".

"Again we have evidence that Britain is becoming increasingly irreligious and religiously diverse. The time has come to call time on the many vestiges of religious privilege – not least the seats given as of right to 26 Anglican clergy in the legislature, and religious groups' considerable influence over our publicly funded schools.

"Rather than cleaving to its mediaeval past, Britain's future surely lies in becoming a modern secular state where every citizen can be treated fairly and valued equally, irrespective of their religious outlook."