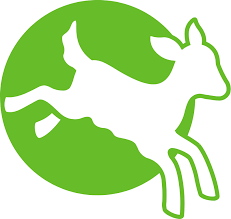 The National Secular Society is delighted that Joyce D'Silva, the ambassador emeritus of the group Compassion in World Farming (CiWF), will address non-stun slaughter at the NSS's Secularism 2019 conference.

Joyce was chief executive of CiWF from 1991 to 2005, when she played a key role in advancing major animal welfare reforms at UK and EU level. She now works for the group on a consultancy basis.

She speaks and publishes widely on the welfare of farm animals, including by co-editing books. She acts in a supporting or advisory role to several other animal welfare groups and is a patron of the Animal Interfaith Alliance.

In 2004 she received the RSPCA's Lord Erskine Award, in recognition of a "very important contribution in the field of animal welfare".

Secularism 2019, which will have the tagline 'reclaiming religious freedom', takes place at The Tower Hotel in central London on Saturday 18 May.

Current religious exemptions to the UK's animal welfare laws allow animals to be slaughtered without pre-stunning if they are intended for consumption by Jews or Muslims.

Official figures indicate that there has been a significant rise in non-stun slaughter in recent years. The government has also recently signed a deal which will allow non-stun meat to be sold to Saudi Arabia.

Recent NSS research has shown that non-stun meat is widespread in UK supermarkets and at least 17 councils are supplying non-stun meat to schools.

The NSS campaigns to end the religious exemption to animal welfare laws, and to introduce labelling requirements while the exemption exists.

The society's chief executive Stephen Evans said "animal welfare organisations provide an important voice in the debate around where the limits of religious freedom should lie".

"Joyce D'Silva's decades of experience in this area will make her a highly worthwhile and authoritative voice on the issue of non-stun slaughter. Too often this debate is skewed by deference to religious lobbyists, who seek to silence debate by unfairly branding opposition as an attack on religious freedom.

"Compassion in World Farming recognises that religion need not be a reason to allow farm animals to suffer. The normalisation of non-stun slaughter is a significant threat to animal welfare and social cohesion in the UK.

"We are confident that Joyce's speech will make a strong case for legislative and social change so that religious interests don't trump the welfare of animals."

Other speakers at Secularism 2019 will include journalist and author Nick Cohen, counter-extremism commissioner Sara Khan and Dr Ahmed Shaheed, the UN's special rapporteur on freedom of religion or belief. Tickets are currently on sale.