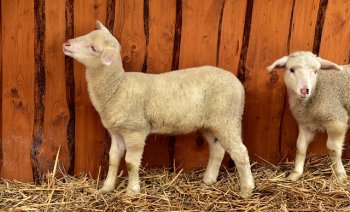 The government is "committed" to reviewing food labelling, one of its peers has said, amid criticism of a decision to allow the sale of non-stun halal meat to Saudi Arabia.

During a Lords debate on Wednesday Charlotte Vere said the government was "well aware of public concern around meat slaughtered in accordance with religious beliefs".

She added: "We believe that if we can give consumers the information they require, they can make an informed choice."

Last year the government told the NSS it was "considering" introducing labelling requirements to show whether meat was from animals which had been stunned before slaughter.

But during the debate Vere also defended a government decision to issue "an export health certificate" which allows meat certified by the Halal Monitoring Committee (HMC) to be sold to Saudi Arabia. HMC does not certify meat which has been stunned before slaughter as halal.

In August the National Secular Society and others criticised a decision to allow the sale of non-stun meat to Saudi Arabia as part of a deal worth £25m. The NSS said the decision would "normalise the mistreatment of animals".

In June The Times reported that the deal meant around 50,000 British lambs a year would be slaughtered and frozen before export. In this week's debate Vere said there was "no contract for 50,000 sheep to go to Saudi Arabia".

Crossbench peer Alexander Trees, who instigated the debate, asked whether the deal was "consistent" with the government's "commitment to maintain animal welfare standards after Brexit".

Trees also highlighted the fact that New Zealand has exported sheep to the Middle East, including to Saudi Arabia, from animals that have been stunned before slaughter and halal certified.

And crossbench peer Indarjit Singh raised the issue of halal food in school meals, asking if the government agreed "that the default position must be the provision of non-halal food".

But Labour's Robert Winston congratulated the government on its "sensitivity to the various religious minorities that carry out their practices in this country".

NSS spokesperson Chris Sloggett said the government "should take steps to reduce the prevalence of non-stun meat sooner rather than later".

"The government could and should repeal the religious exemption to the animal welfare laws.

"Labelling would help to curb the supply of non-stun meat and give consumers more confidence in the meat they buy. A review would be a small step in the right direction, but this must not become an excuse to kick the issue in to the long grass.

"And it is particularly troubling that the government is willing to export meat from animals which have not been stunned before slaughter. Even the inadequate argument we often hear that Jews and Muslims in the UK want non-stun meat is not relevant in this case.

"Veterinary experts are widely in agreement that killing animals without stunning them is inhumane. The government should listen to them."