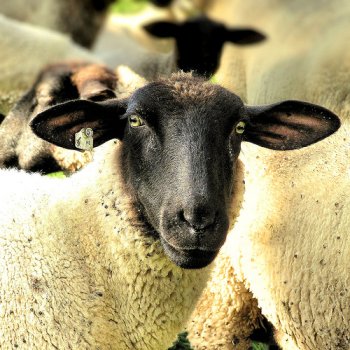 The National Secular Society has written to Environment Secretary Michael Gove urging him to remove the religious exemption from animal welfare legislation following a significant rise in non-stun slaughter.

New data from the Food Standards Agency has revealed a sharp rise in the number of animals slaughtered without pre-stunning over the last four years.

In 2013, just 15% of sheep and goats were not pre-stunned, but this rose to almost a quarter (24.4%) of all slaughters between April and June this year.

The number of chickens slaughtered without pre-stunning has soared from 3% in 2013 to 18.5% in 2017, the FSA figures also revealed. One percent of cattle did not receive a pre-slaughter stun. In total, only 81.5% of animals were stunned prior to slaughter.

The British Veterinary Association (BVA) said the huge increase in the number of sheep, goats and poultry that are not stunned or not stunned effectively before slaughter was "a major animal welfare issue".

Both the BVA and the RSPCA support calls for the re-introduction of the law that guarantees all animals are stunned before slaughter.

UK animal welfare regulations require animals to be stunned before slaughter in order to minimise animal suffering. The only exemption is for religious communities to meet Jewish and Muslim dietary preferences. In its letter the NSS reiterated its call for an end to this exemption to ensure that all animals are effectively stunned before slaughter.

The Society raised concerns that the supply of meat from animals that have not been stunned is massively outstripping demand from the communities for which it is intended. Meat from non-stun slaughter is routinely entering the mainstream market unlabelled.

The NSS said the current absence of labelling deprives consumers of key information and fuels the demand for meat from slaughter without stunning. It added that if religious slaughter is allowed to continue, clear method of slaughter labelling must be introduced to minimise the number of animals killed under the exemption and ensure customers can make informed choices about the food they purchase.

The Halal Food Authority (HFA), a halal certification body which (like a majority of Muslims) accepts pre-stunning, told the NSS it was aware of increasing demand for non-stun meat in the UK. The UK's other main halal certification body, the Halal Monitoring Committee, insists animals must be "alive and healthy" at the time of slaughter to be "genuinely halal".

Unlike halal, the Jewish method of slaughter, known as shechita, does not involve pre-slaughter stunning at all.

The data is the latest of a series of recent revelations on the subject of meat from non-stun slaughter. The NSS is currently calling on Lancashire Council to end its policy of routinely supplying unstunned halal meat for school dinners across the county.

Developers of a new halal takeaway app due to be launched early next year say a unique filter will allow customers to choose halal to their specific needs, so they can "choose a level they are conformable with".

In July the Food Standards Agency (FSA) announced it will publish quarterly data on the number of abattoirs using non-stun slaughter as well as how many animals are slaughtered without stunning.

And the government has announced that mandatory CCTV is to be introduced in all slaughterhouses, with vets being given unrestricted access to the footage. Abattoirs found to be failing welfare standards could face a criminal investigation, staff licenses suspended or revoked, or enforcement letters.

Mr Gove said the new plans for mandatory cameras, which are to be phased in this year, would ensure Britain is a "global leader" in animal welfare standards as the country leaves the EU.