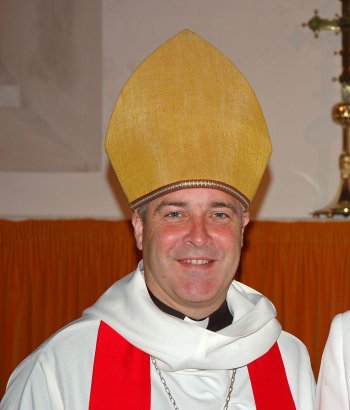 An amendment to a bill that would make it easier for the Church of England to allow same-sex marriage has been withdrawn following opposition from a bishop.

The amendment to the Civil Partnerships, Marriages and Deaths (Registration Etc.) Bill would have allowed the C of E to accept same-sex marriages without consulting parliament.

It would also have removed a legal exemption which prevents Church of England and Church in Wales clergy from solemnising same-sex marriages without a change in the law.

Richard Faulkner moved the amendment at a House of Lords committee debate on the bill last Friday. He said he hoped it would be seen as "an attempt to build on the success of the Marriage (Same Sex Couples) Act 2013".

But he withdrew it after Stephen Cottrell, the bishop of Chelmsford, and others voiced opposition on the basis of the potential impact on the Church of England.

Cottrell expressed "regret" that the amendment was tabled, saying it introduced "a discordant note" into the Lords' consideration into an "otherwise uncontentious" bill, and called for its withdrawal.

He said the amendment "would only make matters more difficult for the church" because it would put marriage legislation "at odds with ecclesiastical law".

The bishop said the C of E "seeks to welcome all people, including LGBTI+ people", but added that "there are questions about how this welcome can be expressed".

National Secular Society honorary associate Michael Cashman added his name to the amendment. During the debate he said it would not "compel the Church of England to do anything" and would instead "remove the legislative barrier from the Church progressing" down the root to permitting same sex marriage.

He said that the amendment "rightly places this decision in the hands of the religious institution rather than parliament." He noted that "other religions are not so prohibited and are allowed to make their decisions".

He said he had witnessed how religious belief is used to "deny people basic equality" and said the wanted to "come to a time when that history is far, far behind us."

He added: "The right reverend prelate says that he regrets that we are bringing this amendment forward; I also regret that we have to bring forward an amendment that addresses such basic inequalities in the second decade of the 21st century."

The amendment was also supported by Elizabeth Barker, who said that the deference to the wishes of the church in the drafting of marriage legislation meant civil ceremonies cannot have any religious content at all. She said that this "protection for the church" resulted in "quite extensive and deeply hurtful ramifications."

Faulkner withdrew the amendment but reserved the right to bring it back at the report stage.

NSS campaigns officer Megan Manson said it was "very disappointing" that the amendment was withdrawn.

She said: "The bishop of Chelmsford says the Church of England seeks to welcome LGBT+ people, but his opposition to this amendment suggests otherwise.

"The lords who tabled this amendment made clear that this is about giving the church greater freedom to make its own decisions, independent from parliament.

"But the bishop's influential opposition hints that some in the church are using parliament as a shield to help them in their internal disputes over same-sex marriage.

"The debate surrounding this amendment also demonstrates the wide-ranging implications of having an established church, with its rules and practices so intimately linked with the state and its bishops given automatic representation in the House of Lords. It means the church faces barriers to progression and change like no other religious organisation in this country.

"It also means the church's involvement in legislation has ramifications that reach far beyond its own congregation. Laws designed to accommodate the wishes of the church affect us all. This is why we still see inequities in marriage."

The NSS campaigns for the disestablishment of the Church of England and marriage reform for greater equality and fairness. Last year the NSS revealed that it is significantly harder for those seeking same-sex or non-religious weddings to get married than those seeking religious ceremonies in England and Wales.

Another amendment moved by Robert Hayward, Collins and Cashman to legalise same-sex marriage in Northern Ireland was also withdrawn.

Cashman said this amendment struck "an appropriate balance" between the legislative role of the Northern Ireland Assembly and "the responsibility of legislators at Westminster to ensure that equality is implemented".

But government peer Susan Williams said the government had "made it very clear that same-sex marriage is a devolved issue". She said the Northern Ireland Assembly was "the proper place for such legislation to be considered".