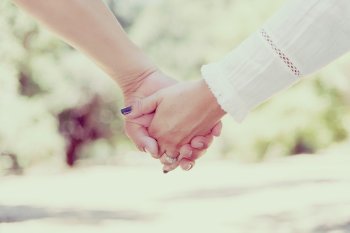 The C of E's position that sex is only for heterosexual married couples is heartless, discriminatory and out of touch with the country it supposedly serves. Time to cut its ties to the state, says Keith Porteous Wood.

The statement has delighted a small band of traditionalists, but has stirred rancour even within the church's own ranks. A petition supported by thousands, addressed to the church's two archbishops, called the statement "cold, defensive, and uncaring of its impact on the millions of people it affects". The petitioners added that it made the church "a laughing stock to a nation that believes it is obsessed with sex".

Eight bishops have criticised the statement. It shuts the door on any blessing, far less liturgy for those in civil partnerships, whether gay or straight, who may take comfort from this. Those with the temerity to request even a prayer are, the statement requires, to be cross-examined about their sex lives, which has drawn criticisms of prurience.

This latest statement has prompted claims of betrayal by those expecting reform within the C of E, and no wonder. The depth of the unpopularity of the church's hard line on same-sex relationships has just been demonstrated by a bishop declaring he was in a same-sex relationship and then being overwhelmed by positive messages; 96% of nearly 500 were supportive. Meanwhile, polling company YouGov has said that just four per cent of Britons think couples should wait until marriage before having sex.

The statement has also been criticised for being published so soon after the most damning imaginable TV documentary on Anglican Bishop Peter Ball's wholesale abuse of young males and the decades-long institutional cover up (The Church's Darkest Secret). One of the most perceptive reactions to the statement comes from Cliff James, who was featured in that documentary and has seen how the church operates. When 17 he was abused for a year by Ball, to whom he was required to swear total obedience.

James, who later "had several partners who were male priests", dismissed the latest statement as "totally hypocritical". He points out that "there are a dwindling number of people who believe this kind of thing. [It's] so backward looking. … The church has struggled with accepting human nature in various spheres and this just demonstrates how far removed the church is from how people live and love".

Even worse, bishops came out in almost unprecedented force – from a bishops' bench that should not exist – to support a 'wrecking amendment' that sought (but failed) to stop parliament debating that same bill at all. This was even more outrageous as the bill did not affect the Church of England. Many believe this growing conservatism is the result of a decades-long campaign to increase the proportion of evangelicals in church leadership roles.

As a secularist, I would fight for any religious organisation to be free to set its own doctrine within the confines of the law. But the C of E is not a self-governing religious institution; it is the established church, effectively an arm of the state.

That status has always been unjustifiable, and built on the baseless claim that it provides the UK's moral leadership and the delusion that it speaks for us all. And as examples such as those above demonstrate, the case against it is growing stronger than ever.

An organisation that has no significant following and espouses moral stances that are rejected by almost the entire nation should have no ties to the state nor any entitlement to seats in our legislature. It is also absurd and unjustifiable that the state allows an organisation with less than two per cent of the population in its pews on a normal Sunday to run a third of our schools at public expense. The church's role in publicly funded education needs to be curtailed.

A letter to The Guardian asks what possible relevance this ridiculous state institution has in the 21st century. Below it I simply ask why the state props up an organisation which claims so many have no right to a sexual life.

Let Cliff James have the last word: "The comments [in the statement] have got nothing to do with love and they just show how irrelevant the Church of England is to modern society – and why it should be disestablished. It's medieval."

Note: Shortly after the publication of this piece the archbishops of Canterbury and York issued a statement apologising over the guidance. They did not retract the substance of the guidance, but only apologised for the "division and hurt" it had caused and implied that it was badly timed, as it came during a review of the C of E's position on sexuality.

Write to your MP: scrap the bishops' bench

A bill to remove the automatic right of bishops to sit in parliament has been introduced in the Lords. Help us raise awareness of this by writing to your MP.