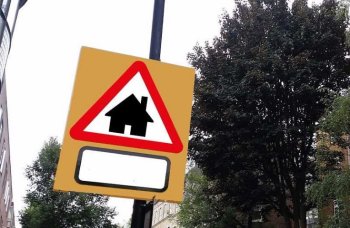 The government is considering introducing a register of home-educated children and issuing school attendance orders for parents who refuse to comply, as it undertakes a consultation on home education.

The Department for Education launched the consultation on Tuesday. The consultation documents ask for feedback on "mandatory registration of children educated at home, with duties on both local authorities and parents in this regard".

It also asks whether parents who refuse to register their children should be issued with school attendance orders or penalised in other ways, and if so how. It says the government "has not made any decision on these issues".

Local authorities have a duty to ensure children are receiving an adequate education, but there is widespread confusion about how this relates to home schooling. Some local authorities have voluntary registration and well developed inspections and support, but the government's document says some authorities "feel uncertain" over how they should assess the suitability of education.

The National Secular Society's education and schools officer Alastair Lichten said he looked forward to responding to the consultation.

"We hope that this conversation over home schooling prompts a wider discussion of children's educational rights. This includes tackling cases where parents are pressured into homeschooling without adequate support. Those involved in genuine homeschooling should be the first to welcome such a discussion.

"However legitimate home schooling can't be allowed to cover children being sequestered into illegal unregistered schools, or religious fundamentalists inculcating children with only a narrow dogmatic worldview.

"Whether children are educated in the state, independent or home sector, they have a basic level of rights that must be safeguarded."

The NSS has also repeatedly raised concerns about religious hardliners' abuse of out-of-school educational settings. In January a report from Hackney Council found that "legislation around the regulation of unregistered education settings is at best patchy and at worst contradictory". As a result council and other statutory bodies found it "impossible to satisfy themselves that the expected standards of safety and safeguarding are in place".

Last month a Metropolitan Police study revealed that half of 70 known extremists in London had removed their children from state schools to educate them at home.

Home education has become the subject of growing attention amid an apparent rise in the number of children receiving it.

In October a survey of all 152 local authorities in England estimated that 45,000 children and young people were receiving home schooling. The real figure is believed to be higher as some children may be being home schooled without the knowledge of the authorities.

The DfE's consultation closes on 2 July.