We campaign to protect the rights of all children to a proper education, and have played a critical role in exposing the scandal of unregistered faith schools.

Many of these children have been enrolled in unregistered and illegal 'schools' which operate without inspection or sanction. A large percentage of these schools are faith schools.

Illegal faith schools are deliberately left unregistered to avoid regulations on the quality of education young people should receive. At these establishments, the curriculum can be very restricted. Children enrolled there leave education with limited, if any, ability to read and write in English, no qualifications and no skills to get work. This leaves children unprepared for life in modern Britain, and potentially unaware of fundamental British values. They may even be taught extremist, regressive and discriminatory social attitudes, and they do so without scrutiny.

Ofsted has expressed that current legislation is inadequate to tackle unregistered schools. It limits their powers to tackle them and allows institutions to exploit loopholes about definitions of education. Additionally, the existence of unregistered schools is harder to detect because there is no record of children who have never been in school. There is no requirement to register a child who is home educated. The current statutory guidance sets out that parents can decline the offer of a home visit by the local authority.

It is vital that local authorities take the necessary action to identify illegal schools and register or close them. We also call for tighter inspection of home schooling, to ensure children's right to an education is protected.

You can report an illegal school to your local education authority. They have a duty to identify children not receiving an education. Ofsted has a taskforce to investigate unregistered schools and coordinate with the CPS if necessary.

A selection of external links and information on the problem

What does the law say?

An independent school is defined as any school at which full time education is provided for five or more pupils of compulsory school age.

The DfE considers the following factors when deciding whether an independent school is full time:

(b) the number of weeks in the academic term/year the education is provided;

(c) the time of day it is provided;

(d) whether the education provision in practice precludes the possibility that fulltime education could be provided elsewhere.

Under Section 96 of the Education and Skills Act 2008, in England, a person must not conduct an independent educational institution (which is defined as including independent schools) unless it is registered. A person who conducts an unregistered independent school is guilty of a criminal offence.

If Ofsted believe an unregistered school is being run illegally they have the power (under Section 97 of the Act) to enter and inspect the premises and records of the 'school'.

The first successful prosecution for running an illegal school took place in 2018. Nacerdine Talbi and Beatrix Bernhardt were convicted of running Al-Istiqamah Learning Centre, an unregistered Islamic school in Ealing

The second successful prosecution for running an illegal school took place in 2019. On 12 September Nadia and Arshad Ali were convicted over the running of Ambassadors High School, an unregistered Islamic school in Streatham. Of the conviction, HM Chief Inspector Amanda Spielman said:

"While I welcome today's verdict, I am concerned that this case is just the tip of the iceberg. As I have said several times over the last few years, Ofsted urgently needs stronger investigatory powers, allowing us to seize evidence and interview suspects. And we need the government to tighten the legal definition of a school. I urge them again to do so at the earliest possible opportunity." 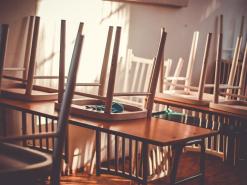 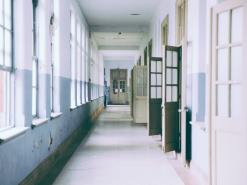 Islamic school stays open after telling government it was closed

An independent Islamic school has remained open despite telling the government it had closed, a report has revealed. 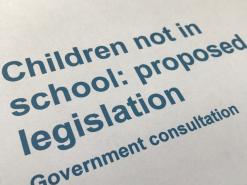 The NSS has backed a registration system for children who do not attend state-funded or registered independent schools.