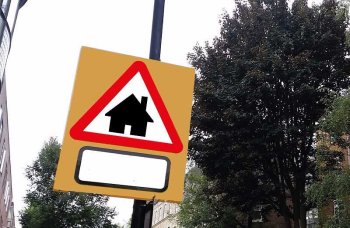 NSS honorary associate Lord Soley aims to register and monitor those children receiving elective home education through his Home Education (Duty of Local Authorities) Bill. Lord Soley's primary interest is in safeguarding and, like the NSS, he is agnostic on home schooling. Indeed the peer wants to "be quite clear that I have always been in favour of home education".

Much of the debate around the Bill has centred on the October Elective Home Education Survey by the Association of Directors of Children's Services (ADCS). No record exists of the number of home educated children, and various estimates are prone to inaccuracies. However the survey of all 152 local authorities in England estimated 45,000 children and young people are assumed to be receiving home schooling throughout England – with a greater number likely to be receiving such home schooling without LA's knowledge, for example because they have never entered (and so have never been withdrawn from) the school system.

There are plenty of examples of good practice in home schooling. Parents may have various reasons for home schooling, or be forced into it – for example, by poor special educational needs provision. While "dissatisfaction with school" is the largest reason for home educating, the ADCS found: "long-term home educators tend to do it for philosophical / religious reasons".

Children's independent right to freedom of religion and belief

If children are raised and educated only within the context of a religious community they are left unprepared for life in modern Britain. We have a social interest in opening opportunities for young people, not closing them down.

Parents have the right to raise their children in a religion or belief community and to pass on their religion or belief. But young people also have independent rights. Home-schooling curriculums are often provided by organisations such as ACE Christian education, with a primary interest in inculcating religion, rather than genuine education.

The balance of children's / parents' rights

Home schooling is emblematic of a changing approach to children's rights. We increasingly view the state's duty to safeguard children's rights to apply not just through protecting the rights of parents, but through the child's independent rights. This is an area where religious considerations buck the trend. Even ignoring more extreme examples such as corporal punishment and non-therapeutic genital cutting, below sixteen – or Gillick competency – children's independent rights to freedom of religion and belief are almost completely ignored within our education system.

As Baroness Morris said in the debate over the Bill, times have changed. We are no longer wedded to the "principle of a parent's right to educate their child other than at school trumped everything else" and "we accept more now the right of the child to have an education, which may sometimes trump the right of parents to decide that their child should be educated in a particular way". Even within independent schools, it is now grudgingly accepted that the rights of parents wanting a school which teaches their children of the supremacy of their religion, of the evils of others', or of 'valid science' of creationist myths, are not absolute.

The 1983 case of Family H, in the European Court of Human Rights, established that requiring a parent to co-operate in the assessment of the child's education does not threaten the parent's rights. Even Germany's complete prohibition on home education has been found to be compatible with parental rights, to the extent that it is a means of ensuring compulsory school attendance.

The NSS has been on the forefront of raising awareness of the children being left to languish in unregistered, and therefore illegal, 'schools'. Too often, councils have tuned a blind eye to illegal schools in fear of 'upsetting community relations'. However, with Ofsted's support, local authorities are now taking this issue seriously. Some of these 'schools' have links to extremist organisations, and many have almost no secular or English education.

In England independent schools must be registered with the Department for Education and meet the independent school standards regulations. This week we reported that around half of independent faith schools inspected by Ofsted fail these standards. Genuine home schooling is not bound by these standards but it can often be a front for unregistered schools, run by religious organisations and aimed at preparing children only for life within these religious communities.

The ADCS survey found that 37% of local authorities were aware of children who were supposedly home schooled, but actually attending unregistered (illegal) schools or 'tuition centres', many of them religious, where "children appear in many cases to be receiving the majority of their education".

Yet two-thirds of local authorities in England have one or fewer full time equivalent staff to coordinate and monitor home schooling provision in their locality. The Government's response is to remind local authorities of the powers they already have to take action where there are concerns. But without resources, and without the spine to stand up to religious groups, how much can LAs really do?

Just as with the anomaly of faith schools, many people may fail to realise how unusual the UK's approach to home schooling is. That we are more laissez faire than most of Europe may not be surprising. Many European countries don't allow home schooling and it is virtually non-existent in sixteen of them. It is highly regulated in most Western countries with developed home school movements.

Registration has been described by Baroness Deech as the "mildest possible remedy for what has long been recognised as a risk", but we can hope that it is the start of a wider conversation about safeguarding children's rights no matter their religious background.