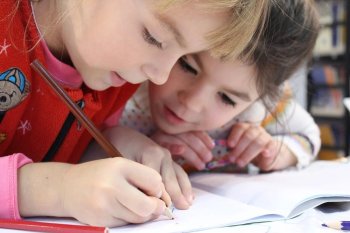 The National Secular Society has welcomed a new government service allowing the public to report unregistered schools they believe to be operating illegally.

This comes as Ofsted published updated data on their investigation and inspection of unregistered schools from 2016 to 2021.

Ofsted warned children in hundreds of such settings are in danger of being "robbed of their life chances" in unreliable and "squalid" environments and called on citizens to inform them of unprofessional educational practices.

Currently, only one in 10 referrals comes from the public, and just one in six from local authorities.

The inspectorate said many were operating openly, charging customers thousands of pounds, with some children are being taught in disused office blocks and semi-commercial units on "drab industrial estates".

Thirteen per cent of unregistered settings investigated were centres of religious teachings, and 22% had an explicit faith ethos, though such data is extremely patchy.

The NSS, which campaigns to protect children's rights in independent and unregistered schools, has continuously called for local authorities and communities to be better supported to tackle the prevalence of illegal schools. The tackling of unregistered faith schools has often been slow, despite some being registered as charities and known by local authorities.

Head of Education at the NSS, Alastair Lichten, said "We welcome the renewed action to tackle illegal faith schools. There is a difference between practically, and ideologically unregistered settings. The former may be unregistered through mismanagement or misunderstanding the law, and in most cases can change their services to comply. The latter group, overwhelmingly made up of religious schools, remain unregistered largely to avoid regulation or oversight.

"The number of young people falling out of the education system into unsafe, unregulated, and dogmatic 'schools' is a national scandal, fundamentally undermining children's human rights."

Ofsted are also concerned about 115 settings with home educated children. The NSS has previously warned of legitimate elective home education being used as a cover for illegal schooling.