Islamic school stays open after telling government it was closed 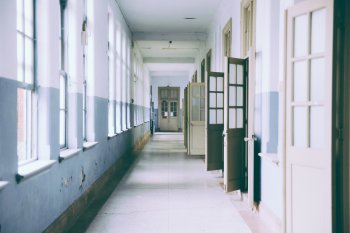 An independent Islamic school which refused access to inspectors has remained open despite telling the government it had closed, a report from the education watchdog Ofsted has revealed.

In a report published on Monday, Ofsted said "the available evidence" suggested Islamic Preparatory School Wolverhampton was still operating when inspectors visited the site on 25 September.

The inspection took place two days after the school's head informed the Department for Education (DfE) that the school had closed.

Pupils were seen entering and leaving the building during the inspection. Ofsted said the school was providing 11 pupils with 16 hours of education per week, and it was "likely the pupils receive the majority of their education at this school".

The report also revealed that:

"This is an extraordinary reminder of the lengths some religious groups will go to in their attempts to deny children a decent education.

"The government must ensure this school is closed. And those who run schools without appropriate registration or who refuse to allow inspectors to enter schools should be prosecuted.

"Allowing religious schools to operate without oversight leaves children with no guarantee that they will be kept safe or prepared for life outside insular religious communities. Religion must not be above the law."