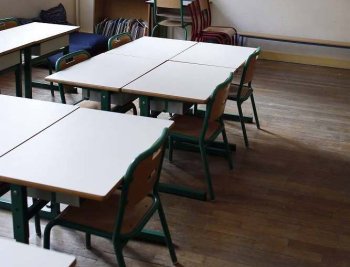 Half of 70 known extremists in London removed their children from state schools to educate them at home, according to a Metropolitan Police study.

Details of the study emerged following Friday's conviction of an unqualified teacher, Umar Haque, for plotting up to 30 terrorist attacks in London, the Sunday Times has reported.

As the National Secular Society has previously reported, Umar Haque brainwashed young boys attending the Ripple Road mosque in Barking and made them carry out role-playing sessions where some took the part of police officers and others were jihadists. In one exercise they used imaginary knives to sever a head. Haque also taught at a private Islamic school in Leyton called Lantern of Knowledge.

The Met Police study appears to back up a previous warning from Neil Basu, deputy assistant commissioner of the Metropolitan police, that "segregated, isolated communities, unregulated education and home schooling are a breeding ground for future terrorists".

Pressure is growing on the government to tighten lax home education laws. Campaigners, including the NSS, have warned that they are being exploited by religious communities to educate their children in unregistered schools. Illegal schools have been found in Birmingham, Luton and a number of London boroughs. Some have links to extremist organisations, and many have almost no secular or English education. There is also evidence of children being exposed to hate-filled homophobic and misogynistic teaching material in them.

The NSS is supporting a new private member's bill to safeguard children's rights by better regulating home schooling. The Home Education (Duty of Local Authorities) Bill, moved by NSS honorary associate Lord Soley, would institute a duty for local authorities to monitor the educational, physical and emotional development of children receiving home education in England and Wales. It would also require parents to register home-educated children with the local authority. It is due to be debated next month.

The NSS is also calling on the government to better regulate out of school educational settings, such as madrassas and yeshivas, that provide "intensive tuition, instruction or training" where children attend over six hours per week.

A government proposal for a system of registration and inspection of supplementary schools was recently shelved following opposition from the Church of England, which feared the registration of its Sunday schools, despite the fact they would be largely unaffected by the proposals.

Robert Halfon MP, chair of the Commons education committee, has said there should be no "grey areas" and is worried about the lack of regulation concerning unregistered schools.

Stephen Evans, National Secular Society chief executive, said: "After years of campaigning, we are finally seeing wide recognition that it is completely unacceptable for British children to be left to languish in unregistered settings where they are indoctrinated by fundamentalists and left exposed to harm.

"There is a balance to be struck between the rights of parents to home educate and the rights of the child to a proper education. But that balance must be struck in order to protect child rights.

"The denial of secular education and the teaching of intolerance and violence in unregistered schools has the clear potential to damage to the minds of young people and cause harm to wider society. The government can no longer look the other way."