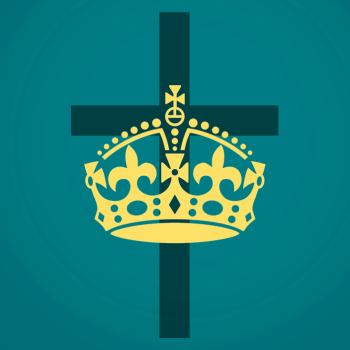 Only a third of the UK public thinks the monarchy's ties to the Church of England should remain intact, according to a poll conducted exclusively for the National Secular Society.

The survey, by Censuswide, revealed that just 34% of people think future British monarchs should keep the title of supreme governor of the Church of England.

On all three questions which the pollsters asked more people said they supported change than the status quo.

In response the NSS has called for the laws that bind the monarchy to the Church of England to be scrapped.

The monarch is legally required to be in communion with the Church of England under the 1701 Act of Settlement and to swear three oaths. These involve agreeing to uphold the C of E's privileges, along with agreeing to be a Protestant and to uphold the Presbyterian Church of Scotland.

Catholics are explicitly barred from succeeding to the throne, despite a relatively minor reform in 2013 which removed a bar on those who marry Catholics from the succession. In 2018 Princess Alexandra of Hanover, a member of the royal family of Monaco, lost her place in the British line of succession after becoming a Catholic.

NSS chief executive Stephen Evans said future heads of state should be allowed to make decisions on their religious affiliations for themselves and the ties between church and monarchy should be scrapped.

"With around half the population now having no religious affiliation – and significant numbers belonging to non-Christian faiths – it is no surprise that the public does not generally support laws that bind the monarchy to the Church of England.

"As things stand, when Prince Charles becomes King he will be required to promise to uphold the rights and privileges of the Church of England. In modern Britain no religious beliefs or affiliations should hold privilege or priority over any other. The longstanding laws that bind the monarchy to the Church of England are at odds with modern day Britain's values and should be addressed.

In May 2018 the UK's leading research centre on constitutional change, the UCL's Constitution Unit, said religious oaths should be revised or dropped altogether from the UK's next coronation service. The unit called for a "radical reformulation" of the monarch's oaths, with the new oaths focused on the United Kingdom, the constitution and its laws and the monarch's duty to the people.

The unit also said a civil coronation ceremony should be held alongside the traditional Anglican one.

The findings come amid an overall decline in the religiosity of the British public. In September 2018, the British Social Attitudes Survey found that 52% of people were non-religious. Just 14% of people described themselves as Anglicans.

The NSS has campaigned for the disestablishment of the church since its founding in 1866.

In December 2017 the society outlined the case for change in a major report, Separating Church And State: The Case for Disestablishment. The report said the accession of Prince Charles to the throne would be a "particularly opportune moment" to press the benefits of separating church and state.

The government recently dismissed the idea of amending the Coronation Oath Act of 1688 during a debate in the House of Lords. It also said it had made no assessment of the case for the disestablishment of the Church of England.

Censuswide surveyed a representative sample of 2,000 adults across the UK.