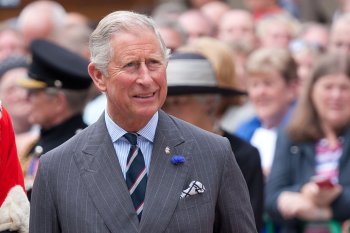 Religious oaths should be revised or scrapped from the UK's next coronation service and a civil ceremony should be held alongside the traditional Anglican one, a major think tank has said.

The first report, Swearing in the New King, recommends a "radical reformulation" of the oaths. The new oaths would focus on the United Kingdom, the constitution and its laws and the monarch's duty to the people.

The monarch is currently required to swear the Scottish oath, to uphold the Presbyterian Church of Scotland; the accession declaration oath, to be a true and faithful Protestant; and the coronation oath, which includes promising to uphold the C of E's privileges.

The report says these oaths, which originally date from 1688 to 1707, "reflect a period of history that is now over".

The second report, Inaugurating a New Reign, suggests adding a civil ceremony in Westminster Hall and involving other denominations and faiths in the traditional Anglican ceremony. It adds that there is "a case" for having the civil ceremony before the Anglican one, to "stress the inclusiveness of the UK state".

It highlights the significant decline in support for the Church of England and states that "however welcoming to other faiths, a wholly Anglican coronation service is no longer capable of reflecting or responding to modern British society".

"A secular ceremony could celebrate the nation's diversity in ways that an Anglican service cannot."

In December the National Secular Society said Charles's accession would be a "particularly opportune moment" to press the benefits of disestablishing the Church of England in its Separating Church and State report.

In response to the UCL reports NSS chief executive Stephen Evans said a change in the head of state would represent "an ideal opportunity" to begin severing the ties between religion and the state.

"One of the most significant changes Britain has seen since the last coronation is its shift away from Christianity. Today the UK is characterised by its religious diversity and has, for the first time, a non-religious majority.

"The monarch's coronation reinforces the privileged position of the Church of England, and this should now be called into question. The UK's next head of state should not promote an official religious preference, far less be under a formal obligation to sustain one.

"The time is right to cut the ties between religion and state, and the next coronation will provide the ideal opportunity to begin that process."

Swearing in the King stresses the changes in religious belief in the UK since 1953, when the current queen was sworn in.

"The nature of religious belief in the UK has greatly changed. Since the last coronation, processes of secularisation and pluralisation of belief have occurred with the result that surveys show that in Great Britain half the population now has no religious affiliation whilst the number belonging to non-Christian religions has grown to six per cent."

Dr Bob Morris, one of the reports' authors, said: "In 1953 the UK was then the head of a global colonial empire, with armed forces five times their present size, capable of mounting a procession of over 40,000 troops with attendant military bands.

"The UK now is a much more diverse, pluralist and secular society. The coronation needs to reflect that greater diversity: it will define not just the monarchy, but the whole nation whom the monarch is to represent."

In 2015 Charles said he would retain the monarch's traditional title as 'defender of the faith' as king, whilst "ensuring that other people's faiths can also be practised".

See also: Will Anglicanism reign supreme at the next coronation?