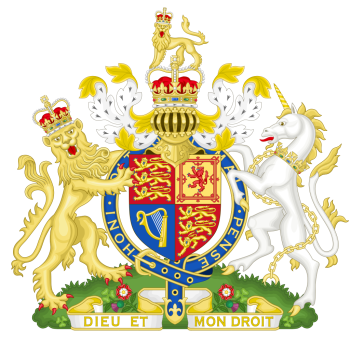 The National Secular Society has said a Catholic princess's removal from the line of succession to the throne is "a reminder that Britain needs a secular head of state".

Princess Alexandra of Hanover, a member of the royal family of Monaco, has lost her claim to succeed the queen after deciding to become a Catholic, according to reports in recent days.

Catholics have been barred from the English throne since the Act of Settlement of 1701. The act was passed amid Protestant concern at the fact the son of the Catholic James II was next in line to the throne.

The Succession to the Crown Act 2013 explicitly says Catholics are "deemed to be dead" in terms of the succession. The act changed the succession rules but only allowed those who marry Catholics to assume the throne, rather than Catholics themselves.

The monarch is the supreme governor of the Church of England and is legally required to "join in communion" with the C of E.

NSS spokesperson Chris Sloggett called the decision on Princess Alexandra "a reminder of the unjustifiable ties between the royal family and the Church of England and a reminder that Britain needs a secular head of state".

"The requirement for the head of state to lead the Church of England is divisive and exclusionary. It reinforces the highly dubious notion that the C of E is the moral leadership of Britain – a notion shown to be wrong by figures on religious affiliation and the church's awful conduct on issues such as child abuse.

"In this case it was highly unlikely that Alexandra would ever have become queen of England. But the same principle would have applied if she had been next in line to the throne.

"Religion should be a private matter. Nobody should be barred from leading our country on the grounds of their religious orientation or lack of it."

Last year the NSS's report Separating Church and State: The Case for Disestablishment made the case for severing the constitutional ties between the monarchy and the Church of England. The report also said Prince Charles's accession could offer a "particularly opportune moment" to make the case for the disestablishment of the C of E.

It is unclear exactly where in the line of succession Alexandra stood. She was not named on the website of the British monarchy, which lists the first 17 people in line. She remains 12th in line to the throne of Monaco.

The last person to be excluded from the line of succession for being a Catholic was Lord Nicholas Windsor, George V's grandson, who was received into the Catholic Church in 2001.

Earlier this year Meghan Markle underwent baptism and confirmation in to the Church of England before her marriage to Prince Harry, reportedly to please the queen.

Earlier this year two reports from University College London's constitution unit called for the role of Anglicanism to be diluted in the next coronation. A monarch is currently required to swear three religious oaths on assuming the throne.