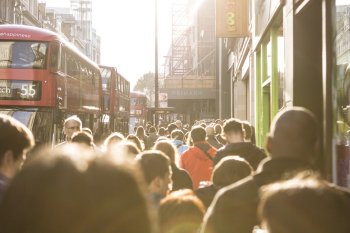 The Ministry of Housing, Communities & Local Government has recently announced a new £1 million pilot fund for organisations that provide community services. But there's a catch – your organisation has to be faith-based in order to qualify.

This is puzzling. There are many charities and other organisations that provide excellent community support. Some have a faith ethos, some do not. So why limit this fund only to groups that are religious?

The very idea seems to fly in the face of equality law. Religion or belief is a protected characteristic in the Equality Act 2010, which means you generally cannot treat people unfavourably due to their religion or their lack of religious beliefs.

What's more, there are genuine concerns about giving certain faith groups unfettered access to public funds for community projects. For some less scrupulous groups, access to large numbers of vulnerable, desperate members of the public is an irresistible opportunity to proselytise. There are also concerns about how inclusive some faith-based charities truly are – just last week, Dundee Foodbank was slammed for advertising for a stock coordinator who can "evidence a live church connection".

Then there are the worries regarding safeguarding. Just weeks ago, the Independent Inquiry into Child Sexual Abuse highlighted "egregious failings" in the way a wide variety religious organisations have handled child abuse. Surely these issues should be addressed before the government makes overtures to faith groups with the offer of cash?

We're not the only ones concerned. Pragna Patel of Southall Black Sisters, which defends the rights of women in ethnic minority communities, says her own organisation has to "constantly contend" with faith groups that claim to deliver services to women and children subject to domestic abuse but in reality puts them "at further risk of abuse and harm". She says public funds should go to community groups, "especially those working on unpopular issues within their communities such as violence against women and girls".

So why has the government apparently decided that religious groups are more worthy of support than non-religious ones?

The fact is, the government has been building up to this kind of project for some time. It wants faith groups in particular to deliver more of our public services. Last year Conservative MP Danny Kruger released a report recommending the government "invite the country's faith leaders to make a grand offer of help". He dismissed concerns regarding faith-based public services as "faith illiteracy" and "faith phobia".

And in December, the government's 'faith engagement adviser' Colin Bloom launched a biased review into engagement with faith communities seemingly designed to reach a conclusion that would please religious interest groups. The call for evidence attached to the review said: "Because the review is specifically about faith and religion, priority will be given to responses that fit within those parameters." And a press release on the launch said it was calling for views only from "people of all faiths", with no mention of anyone else.

The 'Faith New Deal Pilot Fund' launched this month is the next stage in the government's plan to incorporate religion into the workings of community support. This is quite clear from its prospectus.

The prospectus says the government wishes to "embed 'a new normal' of national government and local government working in partnerships with faith-based groups." It says the 'Faith New Deal' aims to "reset the public sector's mindset towards faith groups."

Danny Kruger has hinted at what may happen if the public sector do not change their mindset, or the wider public do not embrace this "new normal". Individuals who raise concerns about faith groups in public services may stand accused of "faith phobia". In a world where accusations of faith-based "phobia" can result in losing one's job, the threat alone may be enough to silence criticism.

The prospectus also reveals that the outcomes of this pilot "will be captured and fed into a Faith Compact that will be developed". The "Faith Compact" will be "a set of partnership principles for sustainable collaboration between national government, local government and faith communities."

I'm sure it's no coincidence that the 'faith compact' sounds a lot like the 'faith covenant' developed by the All-Party Parliamentary Group on faith and society in order to guide interactions between local authorities, faith groups and the general public.

And it's possibly no coincidence that around the beginning of this year, the faith covenant was quietly changed to remove a clause that stipulated faith groups should refrain from proselytising. This change was made following a meeting of the APPG where one religious leader said this clause was a "stumbling block for a couple of churches".

The NSS previously supported the faith covenant. But since this essential clause was removed, the covenant can no longer be relied upon to protect people from unwanted evangelism.

It's notable that one of the objectives applicants of the 'Faith New Deal' fund must support includes "debt advice". This is where a glaring example of unwanted proselytising regularly occurs. Christians Against Poverty (CAP) is a major provider of debt counselling – and uses that opportunity to preach to vulnerable people in financial trouble. AdviceUK, the national body which represents the interests of advice-providing organisations, has terminated CAP's membership, because it considers the "emotional fee" of the offer or expectation of prayer whilst offering debt advice to fall below the ethical standards expected of service providers.

Since the launch of the 'Faith New Deal', the NSS has written to the ministry on multiple occasions asking what similar support will be available for non-religious groups providing community services, and what safeguards will be put in place to ensure the groups in receipt of the grant do not proselytise and do not exercise any forms of discrimination. So far, no response.

The 'Faith New Deal' fund is religious privilege in action: government funding exclusively for faith groups as part of a scheme to hand over more community services to religion – and to get both local government and the public to accept this as the "new normal".

The prospectus says applicants must show how they will deliver "improved community cohesion", "improved outcomes for marginalised groups" and "build greater trust in local public services". But without addressing the genuine concerns regarding proselytising and discrimination in faith-based public services, the 'Faith New Deal' surely risks undermining all three.

Giving generous funding only to religious groups is divisive and the very antithesis of community cohesion. Having no safeguards to protect people from discrimination will have worrying implications for marginalised groups, including LGBT+ people, women and people from minority religions. And being prayed to or preached at while seeking a community service will be disastrous for public trust.

As they stand, the 'Faith New Deal' and the proposed 'faith compact' do not bode well for inclusive public services – let alone the principle of separating religion and state.

But they do bode well for a government keen to attract votes from faith groups.

If the government wants to demonstrate it truly cares about our local communities, and the organisations that work tirelessly to help local people in need, it must ensure its funding is available to all decent charities and community groups, both religious and non-religious alike. And it must ensure those groups prioritise serving people – not religious interests.

Image by Ch AFleks from Pixabay