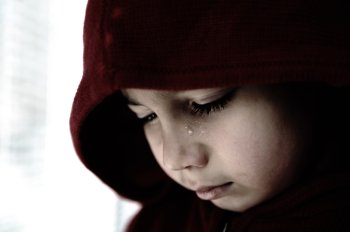 There are "egregious failings" in the way various religious organisations have handled child abuse, with a variety of cultural factors contributing to the problem, an inquiry has said.

The Independent Inquiry into Child Sexual Abuse (IICSA) published a report on child protection in religious organisations and settings today.

The report drew on evidence concerning 38 religious organisations in England and Wales, of varying size and character, including the Jehovah's Witnesses, Islam, Judaism and others.

It said the organisations in question had "significant or even dominant influence on the lives of millions of children".

The inquiry has previously published reports on the handling of abuse in the Anglican and Catholic churches.

The report identified a range of factors that may impede the reporting and effective management of abuse allegations.

These included the fear that exposure would damage organisations' reputation or be seen as a betrayal of a community. Some organisations encouraged internal reporting, rather than disclosure to state bodies.

It added that the concept of forgiveness was "misused" in some religious settings, both to put pressure on victims not to report allegations and to justify religious leaders' failures to take appropriate action.

It also said there was "likely to be a significant under-reporting of child sexual abuse in religious organisations and settings".

The report made two recommendations. It said all religious organisations should have a child protection policy and supporting procedures.

It also said the government should legislate to protect children in out-of-school educational settings, and to ensure Ofsted had sufficient power to examine child protection in unregistered schools – which are often run by religious organisations. The National Secular Society has long campaigned for similar measures.

"It is axiomatic that neither the freedom of religion or belief, nor the rights of parents with regard to the education of their children, can ever justify the ill-treatment of children or prevent governmental authorities from taking measures necessary to protect children from harm."

It did not make a recommendation on whether there should be mandatory reporting of child abuse. The inquiry is set to consider this in its final report.

NSS chief executive Stephen Evans said the report highlighted "an all too familiar pattern of religious groups prioritising the protection of their reputation over the welfare of children".

"The significant failures outlined in this report, along with those on the Church of England and the Catholic Church, point to the need for independent oversight.

"And a mandatory reporting law is needed, to compel institutions to report safeguarding concerns to the statutory authorities – without providing an exception for religious institutions.

"Deference to religion, or fear of upsetting religious sensitivities, mustn't stand in the way of efforts to protect children from abuse and harm."

Richard Scorer, a specialist abuse lawyer who acted for victims in the inquiry and is also an NSS vice-president, said: "Today's report confirms that some religious groups have catastrophically failed to protect children in their care and that many have patchy or non-existent safeguarding policies and support for victims and survivors of abuse. This is simply unacceptable.

"It is clear from the report that too many religious organisations continue to prioritise the protection, reputation and authority of religious leaders above the rights of children.

"In the light of today's report, the arguments for mandatory reporting and independent oversight of religious bodies are overwhelming."

In a blog for the NSS website last week, former Jehovah's Witnesses elder Lloyd Evans raised concerns that the inquiry had failed to gather the evidence needed to root out abuse within the Witnesses.

Today he described the report as "wishy washy".

During the inquiry's hearings, evidence highlighted serious failings in a variety of religious groups' handling of abuse.