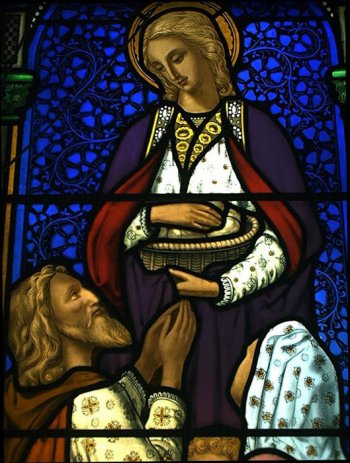 Personal debt in the UK has reached epic proportions. Millions of households are living beyond their means with low income households worst affected. The responsibility for advising and helping these vulnerable people to keep their heads above water is increasingly falling to charities.

One of the biggest charities in the sector is Christians Against Poverty (CAP) – an evangelical organisation established with the dual charitable objects of relieving poverty and advancing the Christian faith.

CAP's debt advice service is based around volunteers visiting 'clients' in their homes. Its debt service is not actually delivered by expert, qualified debt advisers such as those that work for Citizens Advice. Instead, it is delivered by debt 'coaches' who are supported by telephone from staff based in the CAP central office.

CAP has a poor reputation amongst professional debt advisers from organisations such as Citizens Advice. A particular concern is that the volunteers invite their clients to pray. It also invites some clients along to 'discovery breaks' – short holidays where they can learn more about the Christian faith and be manipulated into considering "the reality of a God who loves and cares for them".

A BBC documentary to be broadcast this evening – The Debt Saviours – casts a spotlight on the charity's work, and according the BBC press release, will ask the question: Is CAP's real motivation debt relief, or bringing people to Jesus?

The answer is surely both. But the real question is how compatible these dual objectives are. Given the power dynamic that exists between the vulnerable client and debt adviser, just how ethical is it for CAP advisers to impose their beliefs and values on clients? Is it appropriate to exploit the situation vulnerable people find themselves in as an opportunity to proselytise?

AdviceUK, the national body which represents the interests of advice-providing organisations, says it isn't. CAP's membership of AdviceUK was terminated in 2011 when it judged prayer whist offering debt advice to be "incompatible" with membership.

AdviceUK doesn't have an anti-religious agenda. Its network is open to any organisation that satisfies a baseline of ethical standards. It accommodates a diversity of organisations known to be providing help through advice, including many faith-based organisations. But after receiving numerous reports from its members, it decided to part company with CAP.

Speaking at the time, Steve Johnson, chief executive of AdviceUK, described the offer of prayer by CAP as an "emotional fee". He said CAP was effectively expecting clients to 'pay' for their advice by agreeing to pray with the counsellors. "Advisers must not offer or impose their values," he said.

But the government appears to have no such qualms. The Department for Work and Pensions 'partners' with CAP, offering them space to promote their services in job centers. It's concerning that public bodies such as local authorities and the DWP are referring people to an explicitly Christian organisation – but those concerns are amplified when that explicitly religious organisation's whole modus operandi is based on religion rather than the clients' best interests.

Last year, the minister for civil society, Tracey Crouch MP, told a gathering of evangelicals that anyone in Government who discourages open expressions of faith must be challenged. If the minister is condoning, or even encouraging, proselytising by faith groups contracted to provide public services, she is the one who ought to be challenged.

Religious groups often complain that suspicion of faith-based charities holds them back from playing a greater role in delivering public services. The way CAP goes about its business justifies such suspicions and undermines the efforts of the many faith-based charities who seek to deliver services in a secular manner with no strings attached.

Faith Action, a network of faith-based charities and community groups has sought to address the reluctance of local authorities to work with faith groups by promoting a "faith covenant" – a set of principles that guide engagement, aiming to remove some of the mistrust that exists. The covenant makes clear that faith-based organisations should "serve equally all local residents seeking to access the public services they offer, without proselytising".

But CAP doesn't buy into this approach. Instead, it is quite upfront about using its debt advice service to alleviate clients "spiritual poverty" and bring them to Jesus. According to CAP research, "82% of church leaders say CAP services has helped them to see people come to Christ".

Secularism doesn't seek to exclude religion from the public sphere. But where religious organisations join others in delivering public services, it does expect them to do so without proselytising or discriminating against service users or their employees.

And that's the other thing about CAP. According to its website, every member of CAP's 6,000 strong team, from founder to frontline volunteers, happens to be a "follower of Jesus". Employers aren't generally allowed to discriminate against people because of their religion. The only situation where it's lawful for an employer to require a job to be done by someone with a particular characteristic, if having a characteristic is an occupational requirement for this job. CAP attaches an occupational requirement to be Christian to every one of its employment posts. Even the IT staff are required to "actively participate in prayer and worship".

Why should any organisation that benefits from public funds through tax exemptions be permitted to discriminate against non-Christians to this extent? Far from being "genuine" occupational requirements, CAP's insistence that all staff share the same faith seems designed to keep out anyone that doesn't want to pray whilst at work – employment practices that should be well outside permissible levels of discrimination.

Christians Against Poverty's work has had a positive impact on the lives of the people it has helped. But that doesn't mean we should turn a blind eye to some of its more ethically dubious practices.

With the archbishop of Canterbury (a patron of CAP) and other evangelists preparing for major 'mission push' in 2020 to bring the people of Britain to Jesus, now might be a good time to set out the standards we expect from faith-based organisations involved in public service delivery.