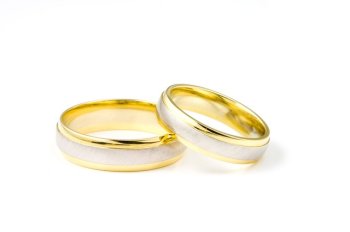 Campaigners' elation at the arrival of opposite-sex civil partnerships is understandable, says Chris Sloggett. But beware politicians using it to excuse their failure to loosen the Church of England's grip on marriage.

It's hard to begrudge Rebecca Steinfeld and Charles Keidan, the couple who long campaigned for opposite-sex civil partnerships, their moment. Steinfeld and Keidan thought marriage was unsuitable for them, given the long history of women being treated as property within it. They wanted an arrangement which would allow them to "raise our children as equal partners".

And yesterday the prime minister gave their idea the green light. As a result couples such as Stephen Anderson, who has an aggressive form of cancer, and his partner Joanna Christina may yet have the chance to make a public declaration of their love without compromising their principles.

The decision has been largely welcomed by progressives. And yet. What will this mean?

The announcement comes after a court ruling in June that the current arrangement – where gay couples can have a civil partnership but straight couples cannot – was discriminatory. After the ruling the government had two choices: reform civil partnerships to allow opposite-sex couples to access them or scrap them altogether.

Reasonable people could conclude that either course of action was right. Many would probably instinctively think extending civil partnerships would annoy the religious right by watering down marriage. Shortly after the announcement James Mildred, from the Christian Action Research and Education group, said there was "a real danger" the decision would "just further undermine marriage".

But in light of the court's ruling the prime minister's decision also happened to be the only one she could take that suited the Church of England, which retains a stranglehold on the marriage laws in England and Wales. And if this decision means that stranglehold continuing then the non-religious and same-sex couples who do wish to get married will lose out.

The vast majority of Britons are probably uninterested in the church's rules about who can do what with their private parts. And they'd have even less reason to care if the church was disestablished and turned into a private institution.

But people of every religious persuasion and none have reason to worry about the C of E dictating the government's stance on marriage. As things stand the church's power over the marriage laws in England and Wales makes it harder and more expensive for same-sex and non-religious couples to get married than opposite-sex religious ones, as the NSS revealed earlier this year. The church is also still the reason why couples who have civil ceremonies are not allowed to play 'religious' songs (in other words, songs that other people tell them are religious) during their services.

You've never set foot in a church, you think religion is all made-up and you regard the C of E's record on child abuse with contempt? Fine, you can get married. But you'll face a struggle to find a venue you like with a marriage licence, and a longer waiting list once you find it; your ceremony will cost you more; and don't even think about playing Maria McKee's Show Me Heaven.

You're a gay couple? Whether you're religious or not you'll almost certainly have the same problem: only 0.5% of the places of worship which can host weddings are registered for same-sex marriages.

The C of E's grip also creates problems for those in minority faiths. The hotchpotch of marriage arrangements – where Christian marriages in church count automatically, Jews and Quakers can get married anywhere and everyone else scraps around to find licenced venues – creates confusion, and in some cases this is a gateway to exploitation. This is part of the reason why, according to a Channel 4 documentary last year, around six in ten Muslim women who had had religious marriages were not legally married.

It would be remarkably easy for the government to secularise the marriage laws. Couples would be able to get married wherever they wished. A registrar approved by the state would be required to oversee the legally-binding part of the marriage. This could amount to as little as signing a contract, and religious officials could play the role of registrars themselves provided they met the same secular standards as anyone else. Meanwhile couples could hold whatever religious or non-religious rituals they liked.

This would mean the government had to stand up to the Church of England, and some religious groups would probably find reasons to grumble. But it would deal with the inequalities in the current marriage system at a stroke. It would give couples greater freedom. And it would protect the rights of some of the most vulnerable people in our society.

The risk now is that a reasonable and understandable decision on opposite-sex civil partnerships will become the cover for delay and prevarication. You can hear the argument – we will be told there are different arrangements for different people. Follow it further and the government will take the line of least resistance in the face of those campaigning for it to recognise religious marriages – for example the Islamic 'nikah', recognition of which would undermine the rights of women. In place of one law which defends our common rights and places common responsibilities on all of us, we will have diluted, convoluted laws open to abuse and loopholes which appease religious hardliners.

None of this requires legislation on opposite-sex civil partnerships to be voted down. But if it passes, we shouldn't be complacent about what comes next. Don't let the government use this as a chance to avoid a needed conflict with the religious groups.