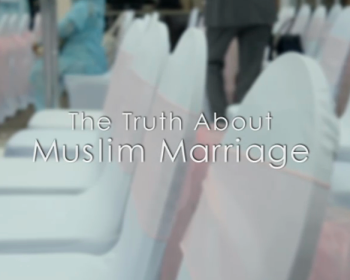 Most women in the UK who have Islamic weddings are missing out on their legal rights. The solution to this problem must not lie in the automatic registration of Islamic marriages, argues Sadikur Rahman.

Channel 4's documentary The Truth about Muslim Marriage has brought to wider public awareness an issue that many secular and women's organisations have been familiar with for some time; namely that a purely religious Muslim marriage ceremony (the nikah) is not recognised as a legal marriage in UK law, leaving the parties to the marriage in the same position as cohabitees if the relationship breaks down.

It finds that there are a high proportion of such marriages amongst UK Muslims and that furthermore, many women did not in fact know that their marriage could be but was not recognised as a marriage in UK law. Anecdotally, I find that last point somewhat hard to believe as most Muslims brought up in the UK are fully aware that they need to have a civil ceremony for the marriage to be recognised as a valid marriage in the UK. Indeed the programme alluded to this and noted that this was a choice by many Muslims not to have the civil ceremony or at least delay it.

From a secular legal point of view it is paramount that equality before the law is maintained. Any solution to the very real problems faced by Muslim women should not involve the recognition of nikah marriages as legal in themselves, or any other religious ceremony for that matter.

There is a secular anomaly in the Marriage Acts. There is and historically has been specific recognition in UK law of not just Anglican but Jewish and Quaker marriages. With the Places of Worship Registration Act 1855 effectively-simultaneous religious and civil marriages became possible also for Catholics, non-conformists and those of other religions including Islam. If a marriage takes place in a mosque registered for the purposes of marriage and the imam is a qualified registrar then as long as the appropriate words are used, perhaps alongside the Muslim nikah, this would qualify as a civil marriage. The problem is that Muslims have been much less keen than those of other religions to avail themselves of this longstanding legal right. All that would be necessary would be for mosques (or any other venue) to register as venues under the 1855 Act and imams to qualify as registrars.

Some campaigners suggest a way around the phenomenon of many Muslims not having civil marriages is to allow all Muslim marriages to be automatically recognised as a civil marriage. This would be a highly problematic route to go down for the following reasons.

The question of 'what is a Muslim marriage' is a vexed one. Muslim marriage encompasses a range of unions which would not be acceptable on the basis that they may be discriminatory or open to abuse. For example polygamous marriages, temporary marriages amongst Shia Muslims and nowadays young Muslims of all sects (Muta), marriage between adults and children – as it is accepted amongst many interpretations of Sharia that a once a child reaches puberty they are an adult.

If UK law were to automatically recognise 'Muslim marriages' as civil marriages what will be the legal standing of the marriages described above? If we take the position that they cannot be civil marriages then what is the point of the change as the only marriage that would be acceptable would be the one between two consenting adults, which the Marriage Act already provides for in the way described above.

The proposal of a celebrant as in Northern Ireland or Scotland who would be responsible for the marriage, rather than the marriage being determined by the place of marriage, would not remove the fact that nikahs can happen quite simply and quickly. I suspect many Muslims will carry on doing those without a recognised celebrant.

The real question that needs to be asked is: why are Muslims not taking more advantage of the ability to have a civil ceremony in a mosque or a venue registered for the purposes of marriage and having both the civil ceremony and nikah carried out at the same time? One reason for this is that most Muslim marriages – unlike those of other religions – do not take place in a place of worship, but often in the home or more usually a wedding reception venue.

The strain between secular and religious visions of marriage and divorce is not unique to solely non-Muslim countries but also in Muslim majority countries. Many have come to recognise the need for marriages to be registered: in Bangladesh, for example, even legal religious marriages will not always be recognised by the state if they are not registered.

Furthermore, even if marriage laws are reformed to require that all religious marriages are registered, there will still be those for whom it is not felt necessary to register the marriage as it will be seen as a worldly secular obligation and not a religious one.

If there really is a lack of awareness amongst Muslims that the nikah has no legal standing, then perhaps what is required is a massive awareness campaign, including in schools, to ensure that everyone in all communities recognise that a purely religious ceremony is not recognised in law and it needs to be registered. Also needed is a persuasive social media campaign to get Muslims to register their marriages. An obligation on those carrying out religious marriage ceremonies to clearly state that it does not confer civil legal protection may also need to be considered.

Another way forward may be to reform laws around cohabiting, which certainly need to be brought up to date. Given many people cohabit, and this is in essence the position of those who do not have a civil ceremony but simply the nikah, increased protections in terms of property and custody of children rights may alleviate those concerns for everyone and not just one community. Rather than recognition of Muslim marriages, the rights of cohabitees being enhanced will offer many Muslim women the protections they need without sacrificing secular principles.

The obvious secular solution is to separate religion and state in marriage completely. This would mean removing the privilege granted to religious organisations to register marriages on behalf of the state and simply insist that all marriages of any kind must be registered through a civil ceremony. Newlyweds would then be free to arrange their own subsequent celebrations or blessings with any religious organisation or other organisation as they wish. Although we are far away from this position, it is what happens in other European countries and it will mean that, as far as marriage laws are concerned, everyone is treated equally before the law.