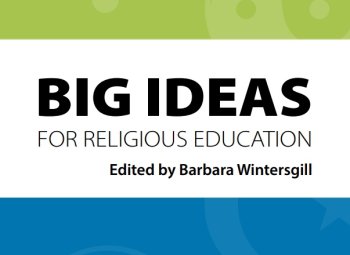 The latest report into the problems with religious education reiterates the need to start with a fundamental examination of the subject's purpose. But, Alastair Lichten wonders, do the proposals go far enough?

The Commission on RE is currently consulting on reform of religion and belief education in schools, and Big Ideas for Religious Education (University of Exeter, edited by Barbara Wintersgill) is the latest contribution to this debate. The report recommends organising the RE curriculum around six 'big ideas', areas that pupils will learn about in increasing depth at different ages and which can be explored with cross-religious (and non-religious) ideas.

The Government's steadfast refusal to actually reform RE has created a vacuum filled with talk about reform often following a familiar template:

Step 1. Acknowledge RE is in a sorry state. It's a "policy muddle" or needs "strategic, urgent intervention"; teaching is "weak", "superficial" or "fragmented"; while approaches have "not kept pace with wider changes". No wonder there's a "sense of crisis".

Step 2. Stress this is in no way meant to denigrate some of the great RE teachers and best practice out there.

Step 3. Acknowledge some of the existential or more mundane problems with the subject.

Step 4. Stress the need to get back to basics and start from working out what the core rationale for the subject is, from which the whole subject design can flow.

Step 5. Back track or get fuzzy on this core rationale approach because certain things need to be included, or can't be changed.

The RE community seems to see these problems and want reform, but can't summon the courage to take on the special interests. What starts as 'radical reform' ends with proposals to take all the problems out of RE, only to put them back in.

The report doesn't do these in any depth. Perhaps its authors feel these have been so extensively enumerated elsewhere. Or perhaps they don't feel the need to present themselves fearlessly facing up to these challenges, to make conservative/piecemeal reforms seem radical.

While not exactly covering new ground, the summary of some of the current problems is useful, particularly as they are sorted into thematic areas which should be top of a curriculum designer's mind.

For example, problems with SACREs are directly related to the "problems with sequencing content". SACREs don't reflect an agreed approach; some favour a theological or biblical approach which are reflective of the subject's confessional past. This is reflected in SACREs' commitment to "include the content identified by religious groups", rather than the content which flows naturally from and supports the core aims of the subject.

The report claims local syllabuses "show equal respect to all named religions by giving the same level of detail to each". But equal respect can be demonstrated by focusing on shared ideas which can invite and treat equally a variety of faith and non-faith perspectives, without detailed religious study.

This approach leads to non-religious views being framed as another religion, and leaves pupils unprepared for the diversity of religious views outside or within this range of named religions.

The whole problem of special interests' disproportionate influence is barely addressed, religious groups' self-inspection of RE isn't mentioned, and there's no discussion of the problems around the right to withdrawal.

Big Ideas recognises that rather than actually working out a core rationale for the subject, many attempts resort to "lengthy introductions" which "read more as apologia for the subject than materials that will improve teaching and learning".

The report's core rationale for the subject is that:

"Schools should, through their RE programmes, aim systematically to prepare students for the spiritual and intellectual challenges of living in a world with diverse religions and beliefs as well as non-belief."

The question of whether RE is the best route to achieving this aim is entirely skipped over.

I won't quibble over the detail of the 'big ideas', although I will say that number five (influence, community, culture and power) could do more to take a critical look at the relations between religion, power and privilege.

Ironically Big Ideas has a limited focus, which can be a good thing. However it leaves open whether its approach should be implemented within the current framework or a new curriculum, despite the current framework of local/faith-based determination being at the root of the subject's problems and barriers to reform. Even if this system intends to take a big ideas approach, its very nature will lead it back.

The report clearly implies a sociological approach to the study of religion and belief, but doesn't clearly contrast this with other approaches or make this explicit. This means one could simply take the language of the 'big ideas' and continue with current outmoded Christian-centric or theological approaches. As the report notes:

"Regardless of whether religions are taught 'systematically' or 'thematically', they are widely presented as monolithic structures, 'isms' that stand apart from each other and from the majority of people (in the UK) who do not strongly identify with any of them. Religions, non-religious worldviews, their denominations and sub-groups are frequently defined in their most 'orthodox' forms as they are manifested by their central organisations and spokespeople."

If you want to make your own contribution to the debate, why not respond to the Commission on Religious Education's consultation? Find out more.