NSS rejects Church’s call for end to RE right to withdraw, without meaningful reform 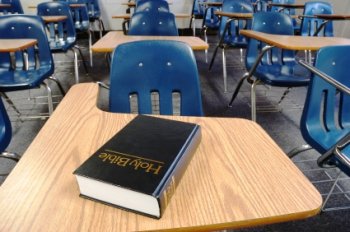 The National Secular Society has said that Religious Education must be fundamentally reformed before the existing right to withdraw children from RE can be removed.

The Society was responding to a statement released by the Church which said "the right of withdrawal from RE should be repealed."

Stephen Evans, the campaigns director of the National Secular Society, said, "We share concerns about some parents attempting to shield children from knowledge about other religions and beliefs. However, the fundamental problem is that Religious Education remains a confused subject area, still sometimes taught in a biased or partisan way.

"If RE was reformed into an objective academic study of religious and non-religious worldviews, as a part of the National Curriculum, the right to withdraw may no longer be necessary. But until such time the right of withdrawal is required to protect parental rights and freedoms.

"The Church isn't exactly whiter than white when it comes to partisan teaching, we have dealt with plenty of examples of Church of England schools teaching RE in an unsuitable way."

Mr Evans added, "Unless the Church of England support an end to the exemptions allowing faith schools to teach RE in a partisan way according to the school's own religious ethos, talk of ending the right of withdrawal is clearly premature."

The NSS has launched a new campaign calling for a '21st century RE for all', arguing that every pupil should have the same entitlement to high quality, non-partisan education about religion and belief across the country, and that this shouldn't depend on where they lived or what school they attended. It said RE should be "broad, balanced and inclusive."