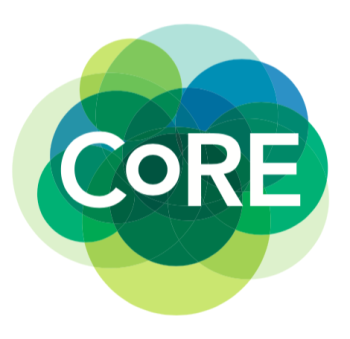 Religious education in England faces "a perilous future" unless it is subject to "strategic, urgent intervention", according to a report from an independent commission published today.

Religious Education for All, an interim report from the Commission on Religious Education, says changing patterns of religious and non-religious belief "present a requirement to ensure that RE's structures reflect the realities of contemporary society". The current system of RE provision was founded in 1944.

The Commission's recommendations have been broadly welcomed by the National Secular Society, which is currently advocating for reform of RE through its '21st Century For All' campaign.

NSS campaigns director, Stephen Evans, said: "This report hopefully heralds a welcome rethink about the way religion is taught in schools. We hope the Government will take note.

"Whilst we welcome the recommendation of a national entitlement, a big question remains as to who will translate that entitlement into a detailed programme of study. Getting this right is key to the subject's future.

"Every pupil should have the same entitlement to high quality, non-partisan education about religious and non-religious worldviews. In order to achieve that it is vital that religious interest groups no longer enjoy privileged and undue influence over what gets taught.

"We look forward to working with the Commission to ensure that all pupils have the opportunity to learn about a diversity of worldviews, irrespective of the type of school they attend."

The NSS submitted evidence to the commission calling for all pupils to have equal access to a balanced curriculum on religion and belief, covering a broad spectrum of human ideas and thought.

It added that faith schools' ability to teach their own confessional syllabus should end. The report makes clear that the national entitlement should be for all pupils at all state-funded schools, including faith schools.

The report says schools should be held to account for their provision of RE and required to publish details explaining how they met the national entitlement. It says there should be a national plan to "improve teaching and learning" in RE.

It also recommends a renewed role for standing advisory councils on religious education (SACREs), local bodies which oversee RE provision, in "promoting and supporting" the subject and in "promoting good community relations". However, the Commission will consult further with regard to who should be responsible for curriculum design.

The NSS has previously criticised the role of SACREs and called for an end to the 'postcode lottery' of local determination of the curriculum.

The commission says it was "impressed by the evidence of high quality and innovative approaches to RE that were presented during our consultations". But it adds that its participants were "unanimous in the view that RE faces a perilous future without strategic, urgent intervention". Examination entries in the subject fell in 2017, and the report notes that "many who gave evidence saw this as a sign of further decline in years to come".

It lists a series of significant challenges facing the subject. Quality and provision are inconsistent and increasing numbers of schools do not even meet basic legal requirements. Academisation and funding cuts mean it is increasingly unsuitable to determine syllabuses via local authorities. Headteachers are not encouraged to view RE as a high-status subject. Worthwhile support and training are diminishing.

The report also considers whether the name of the subject should be changed, to signify the "renewed vision for the subject". Ideas considered include 'religion and ethics', 'religion, philosophy and ethics', and 'religions and worldviews'. The Commission, which says it has published the interim report to give "as many people and organisations as possible" the chance to engage with its "developing thoughts", will consult further on this.