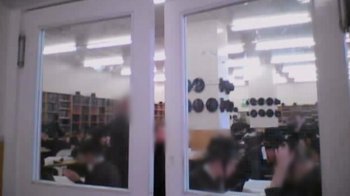 NSS campaigns manager Stephen Evans warns that growing numbers of unregulated religious 'schools' are badly letting children down, and argues that the rights of children to education should be prioritised.

This week it was revealed that officials at the Department for Education (DfE) are investigating up to fifty unregulated schools set up by Islamists, including several established by a former teacher at the centre of the so-called Trojan Horse scandal.

According to The Sunday Times, many of their pupils, including some from Somali, Bengali and Pakistani families, have been taken out of mainstream schools to attend unregistered schools without proper regulation or oversight.

But as the DfE is well aware, the problem of unregistered schools is nothing new. For many years it has been aware of the thousand or so 'missing' Jewish boys from Hackney, in London's East End, who, instead of receiving a broad and balanced secular education, are attending unregistered, and therefore illegal, 'yeshivas' where the curriculum is entirely religious.

As far back as 2008 the Jewish Chronicle raised the issue of children disappearing from the education system at age 13 and being "systematically undereducated in secular studies" in unregulated schools. A follow up leader article called on authorities to "confront the Charedi Taliban", but despite being aware of this criminal activity for years, it's not at all clear what the DfE has actually done about it.

Powers contained within the Education Act 2002 to prosecute proprietors of unregistered independent schools are seldom - if at all - used. The DfE says it would "prefer" it if all 'schools' were registered, but says this situation is "best achieved through co-operative working".

Last year's Channel 4 Dispatches highlighted how the problem of illegal Jewish schools hasn't gone away. One former student gave an insight into life inside such 'schools'.

He told Dispatches: "I didn't speak English. I only spoke Yiddish. I didn't even know what the word science meant, I didn't know the definition, I hadn't heard this word before. We didn't come out with anything we could use in daily life or even in the future. When I was a kid I was told terrible things about non-Jews."

The number and variety of unauthorised religious schools now appears to be growing. Whatever the DfE is doing, it doesn't appear to be working.

While it's heartening to learn that the prospect of young people being taken out of school to be radicalised by Islamists is of concern to the DfE, their concerns needs to go beyond worries that children might become a threat to national security - to caring about the denial of young people's right to a decent education.

The state provides schools, but UK law places children's education as a parental responsibility. It's reasonable that parents have the right to take part in decisions concerning their child's education, but surely they shouldn't be allowed to dictate what happens entirely on their terms.

A child-centred approach to education would mean that, whilst parents are given free rein (within the law) to raise their children as they wish at home, the independent interests of the child would always be the first priority when it comes to their education.

The DfE doesn't have a great record on this. When the National Secular Society objected to young girls being denied knowledge about human reproduction at a state funded Jewish school, the Minister's response was to allow redactions of 'sensitive' exam question to continue, "respecting the schools need to do this in view of their religious beliefs".

Surely one of the primary purposes of state education should be to cultivate children's autonomy. Many yeshivas and madrassas exist to stymie young people's independence. In some cases, it's not only intellectual abuse that's taking place.

Schools being used as a mechanism to inculcate the next generation of religious believers isn't only a problem in unregistered schools. It's a significant problem in both the maintained and independent sectors. But it's in the shadows of the 'illegal sector' where the worse violations of children's rights occur.

The state has a duty to protect and uphold children's rights - to ensure that each and every child gets the best possible start in life. It should fulfil its duty equally for all children and young people, regardless of their religious background.

There is of course a tendency to evade issues deemed to be in the 'too difficult' department. There may not be a simple solution to this problem, but one has to question whether the political will is really there to stand up for children's best interests when it runs the risk of upsetting religious communities.

But it's not only in the Swat Valley of Pakistan, or the Boko Haram controlled areas of Nigeria where more must be done to stand up for children's human right to education.

These unregistered schools aren't really schools at all. They're indoctrination centres run by religious leaders to brainwash young minds. Allowing young people to languish in them when they should be in school is nothing short of the bigotry of low expectations.

This article was originally published on the Huffington Post.