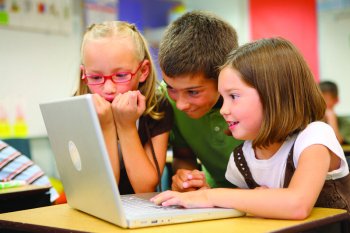 The National Secular Society has urged the Welsh government to extend planned reforms of religious education so every child is given a pluralistic and balanced syllabus.

The Welsh government plans to replace RE with a new subject, religion, values and ethics (RVE), which will emphasise the diversity of both religious and non-religious worldviews.

Faith schools will be required to offer pluralistic RVE as an option where parents request it, but will otherwise be allowed to continue to teach the subject from a religious perspective.

In response to a consultation on the plans, which closes today, the NSS welcomed the government's efforts to make the subject more pluralistic.

But it urged ministers to ensure all children would receive a critically-informed RVE syllabus.

"We deeply regret that by permitting faith schools to continue to use the subject to promote their particular religious outlook through the denominational syllabus, many pupils in Wales will continue to be denied access to genuinely non-partisan and balanced education about the full range of religious and non-religious worldviews.

"This should be the right of every child, irrespective of the type of school they attend."

"The government's recognition of the need for change is welcome. But its plans still give too much ground to religious interests. This means state-funded schools will continue to be used to push particular religious worldviews on children, at the expense of their right to a broad and balanced education.

"Wales has the chance to lead the way on the teaching of religion and belief across the UK by ensuring every child is taught in a genuinely pluralistic, balanced and critically-informed way. Ministers should take it."

The Welsh government published a bill outlining its plans earlier this month. The NSS has lobbied ministers throughout the process of drafting the legislation.

Last month Catholic school leaders wrote to Wales's first minister to oppose the planned reforms, in a move backed by the Catholic Education Service (CES). The NSS has since urged the minister to reject their "special pleading".

In its consultation response the NSS also noted that the CES's own data had found that just 54% of pupils in maintained Catholic schools and colleges in Wales were Catholic.

You can read more about the NSS's position on the proposals and how you can help us make our case on our dedicated campaign page.