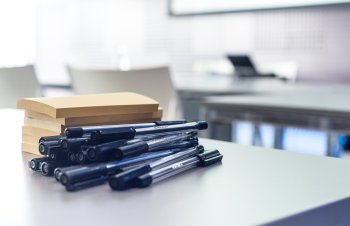 The heads of all 84 state funded Catholic schools in Wales have written to the Welsh government to oppose plans to make education about religion and belief more pluralistic and balanced.

In a letter to the first minister Mark Drakeford the heads have said government plans for reform "strike at the very identity of Catholic schools".

The letter has the support of the Catholic Education Service, which represents Catholic schools in Wales.

The National Secular Society has said the letter "betrays a strong sense of entitlement" and is planning to write to ministers in response.

The Welsh government plans to replace religious education with religion, values and ethics (RVE) as it introduces a new curriculum.

Faith schools will still be allowed to teach RVE from a faith-based perspective, although they will be required to offer a non-denominational RVE syllabus where parents request it.

Ministers considered requiring all schools to teach this syllabus, but decided not to do so because of the "implications for schools of religious character".

The plans would also retain SACREs – bodies which determine RE syllabuses locally. The NSS campaigns to abolish SACREs.

NSS head of education Alastair Lichten said: "The Welsh government's proposals for reform are very qualified. The perceived need to appease faith groups has created substantial, needless complexity and left the subject area in the hands of special interests.

"The solution should be to introduce an impartial and critically informed religion and belief curriculum for all.

"But those who run faith schools appear determined to defend their own control over this subject area. Their response betrays a strong sense of entitlement and shows how strongly they're attached to an outdated confessional approach to religious education."

You can find out more about the Welsh government's plans, how they should be improved and how you can help us make the case on our dedicated campaign page.

Welsh govt plans would see Religion, Values and Ethics taught in a more pluralistic way. But they fall short of ensuring every pupil gets genuinely balanced and critical RVE. Find out more and help improve the proposals.
Click to tweet