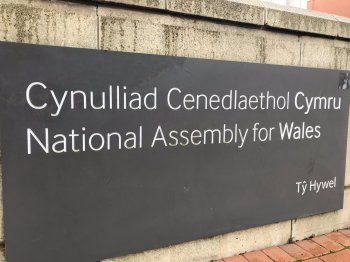 Faith schools in Wales will be required to offer a non-denominational religion, values and ethics (RVE) syllabus where parents request it under proposals outlined today.

Under Welsh government plans faith schools will be allowed to continue to teach RVE from a religious perspective but will also be required to offer a more impartial alternative.

The proposals would amend ministers' plans to remove the parental right to withdraw children from religious education, which were outlined in January.

Parents will be able to opt for the non-denominational syllabus but will not be allowed to withdraw their children.

Meanwhile non-faith schools will no longer have to offer a faith-based syllabus when parents request it.

The National Secular Society has lobbied the Welsh government throughout the process of drawing up the new syllabus.

The NSS has urged ministers, including education minister Kirsty Williams, not to remove the right to withdraw from education about religion until it is suitably reformed.

In a consultation document outlining its plans, the Welsh government has made clear that it considered imposing a new obligation on all schools to teach RE in a pluralistic manner.

But it added that it was "not proposing to pursue this option because it would have significant implications for schools of religious character".

"The Welsh government has rightly recognised that removing the right of withdrawal from religious education will have human rights implications unless the subject is substantially reformed, particularly in faith schools.

"But its solution raises serious questions about the practicality of faith schools running two different syllabuses. It leaves the subject area in the hands of special interest groups and falls short of ensuring all pupils have equal access to an objective and pluralistic education about religion and belief.

"This is also a reminder that state sponsorship of faith schools obstructs efforts to introduce suitable reforms to RE and make education about religion and belief credible."

The document also reiterates plans which had previously been outlined, including:

The NSS is encouraging supporters in Wales to respond to the consultation, which closes on 28 July.