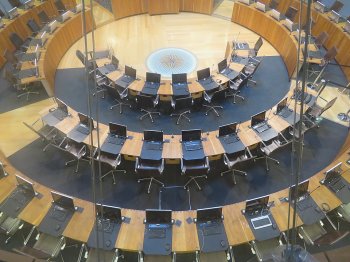 The Welsh Government has published legislation to replace religious education (RE) with a more pluralistic 'religion, values and ethics' (RVE) subject.

The Curriculum and Assessment (Wales) Bill was introduced to the Senedd by education minister Kirsty Williams on Tuesday, as part of wider education reforms. Under the proposals, all schools in Wales will be required to provide RVE based on locally agreed syllabi, which will themselves be based on a new national curriculum – with an emphasis on the diversity of religious and nonreligious worldviews.

An explanatory note published along with the draft bill reiterates the explicit intention of RVE to ensure learners "explore worldviews that include religions and other beliefs, and the impact these have on them and others in societies" – with "secularism" listed among the core concepts to be covered.

However, many faith schools will only be required to offer pluralistic RVE as an option where requested by parents – and will still be permitted continue to teach the subject from a faith perspective "in accordance with tenets of its religion or denomination."

The Catholic Education Service is lobbying against the requirement for faith schools to offer a pluralistic model of RVE.

The National Secular Society's Head of education, Alastair Lichten, welcomed the publication of the bill:

"This historic legislation could make Wales the UK's leading nation when it comes to inclusive and critical education about worldviews and their impact on society. Regrettably, the government's own ambitions will be undermined by the special exemptions for faith schools, which will mean many pupils will not have full access to pluralistic RVE.

"We will continue to work with ministers and Senedd members to improve the legislation and ensure that this once in a generation opportunity for reform is not undermined by the privileging of religion."

Although supportive of the intentions of the bill, the NSS has been critical of plans to retain the role of SACREs (standing advisory councils on religious education) and ASCs (agreed syllabus conferences) in producing the agreed syllabus for their area. Existing legislation will be amended to permit the appointment of representatives of nonreligious beliefs, but NSS has argued for a nationally agreed syllabus determined by educational experts, rather than special-interest groups.

The NSS has created a dedicated campaign page with a full briefing on the proposals and links for supporters to write to their Senedd members or respond to the consultation directly.

The page also includes a link to a survey of supporters' views on the future of RE reform and on the right to withdraw.

Welsh govt plans would see Religion, Values and Ethics taught in a more pluralistic way. But they fall short of ensuring every pupil gets genuinely balanced and critical RVE. Find out more and help improve the proposals.
Click to tweet