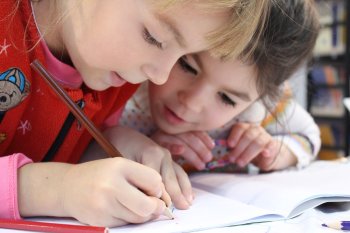 Catholic education leaders who object to plans to reform religious education are engaging in "special pleading" which should be rejected, the National Secular Society has told the Welsh government.

The NSS has written to the first minister Mark Drakeford in response to a recent letter from Catholic school leaders across Wales.

The Catholic leaders' letter, which had the support of the Catholic Education Service (CES), claimed Welsh government plans to reform religious education "strike at the very identity of Catholic schools".

The Welsh government plans to replace religious education with religion, values and ethics (RVE) as it introduces a new curriculum.

The proposals will see two syllabus options coexisting. Faith schools will still be allowed to teach RVE from a faith-based perspective, although they will be required to offer a non-denominational alternative where parents request it.

Ministers considered requiring all schools to teach the non-denominational syllabus, but decided not to do so because of the "implications for schools of religious character".

The NSS has welcomed ministers' commitment to ensuring RVE is more pluralistic, but also said the current plans fall short of ensuring every pupil gets genuinely balanced and critically-informed RVE.

The NSS's letter said the Catholic leaders had significantly overreacted to the plans, adding that it was "disingenuous at best" to present the reforms as "an 'attack' on faith schools".

It said the Catholic leaders' letter was "at odds with mainstream opinion" and said there was "widespread consensus on the need to reform".

And it said the "simple solution" to any additional complexities for faith schools would be "to bring in RVE in line with the proposed pluralistic option in all schools in Wales".

"This is little more than special pleading and an attempt to preserve an outdated approach which focuses on religious inculcation over a modern, broad and balanced education.

"Any further concessions to faith schools will fundamentally undermine the worthwhile ambition to introduce a genuinely pluralistic and balanced approach to the teaching of Religion, Values & Ethics in Wales."

NSS chief executive Stephen Evans said: "We urge ministers to stand up to this attempt to protect the special treatment currently given to religion in Wales's schools. Religious interests shouldn't be allowed to dictate the terms on which religion is taught.

"The Welsh government should resist any temptation to make further concessions to faith schools in light of this letter. Instead it should revisit the concessions it's already made, to ensure all children have access to an impartial, critically-informed education about religion and belief."