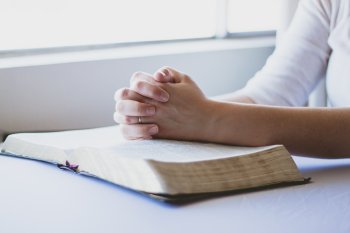 The National Secular Society has welcomed a decision to scrap official prayers at the start of meetings at a council in Somerset.

North Somerset Council voted to remove prayers from the start of council meetings on Tuesday and rejected calls to replace them with a multi-faith 'period of reflection'.

"Councillors have acknowledged that opening meetings with Christian prayers is not only unnecessary – it's alienating for many people in the region's diverse community.

"The council has also wisely decided to avoid a 'multifaith' approach to prayers, recognising the potential conflict this could cause.

"We hope more councils adopt the same policy to make council business inclusive to all, regardless of religion or belief."

The NSS campaigns to end official prayers at all government meetings at both a local and national level.

In 2012 the High Court ruled that prayers should not be said as part of formal council business after the NSS initiated a judicial review on the subject.

But in 2015 the government changed the law in England to make prayers, "other religious observance" or "observance connected with a religious or philosophical belief" lawful at local authority meetings.

In Somerset independent councillor Caritas Charles initially proposed the change, arguing that Christian prayers should be replaced with a period of reflection led by a "variety of spiritual and voluntary groups".

He said Christian prayers gave a message "that favours one particular group".

Councillors including Labour's Catherine Gibbons argued that meetings should be secular. But others including the council's deputy leader, Mike Bell, opposed change.

Image by reenablack from Pixabay.