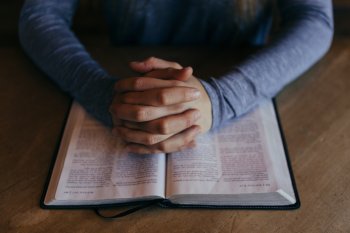 The National Secular Society has asked councillors in Denbighshire in north Wales to review their practice of holding prayers before meetings after a councillor criticised them.

Prayers are currently said in the council chamber in the county shortly before official business begins. In comments reported by North Wales Live last week Councillor Paul Penlington said this was unfair on those who do not wish to take part in prayers.

Councils in Wales are not legally permitted to summon councillors to prayers. In 2012 the High Court ruled that prayers should not be said as part of formal council business after the NSS initiated a judicial review on the subject.

The ruling remains valid in Wales, except in a few cross-border authorities.

NSS chief executive Stephen Evans has now written to councillors to say Denbighshire's current arrangement "may be in accordance with the letter of the law, but not the spirit".

"Council meetings should be conducted without anyone feeling compelled to participate in prayers, or feeling excluded, or that they have to absent themselves from any part of the meeting.

"We would therefore encourage you to review your arrangements with a view to ensuring that meetings are held in a manner equally welcoming to all attendees, regardless of their individual religious beliefs or lack of belief. To achieve this, religious rituals should play no part in proceedings."

He added that it was "reasonable" for attendees to "expect the chamber to be accessible for a fair interval before the meeting begins to enable them to meet their colleagues, take their seats and prepare".

And he said the "simplest" response would be to remove organised prayers, noting that councillors who wished to pray would still be free to do so away from the meeting.

In his remarks to the press Cllr Penlington said atheists and non-Christians were "in effect forced to be present during a ceremony they don't believe in". He added that they had to "decide whether to participate out of politeness or to not participate and stand out from the crowd as being different".

He also said he had suggested a prayer room for those who wish to pray and some councillors had complained about those who absented themselves from prayers.

Last year the NSS called on the mayor of Barry, in south Wales, to ensure prayers were "sufficiently separate" from council meetings and "entirely optional". The mayor, Janice Charles, had announced plans to hold prayers in the council chamber five minutes before the beginning of meetings.