City of London asks for secular message at official dinner 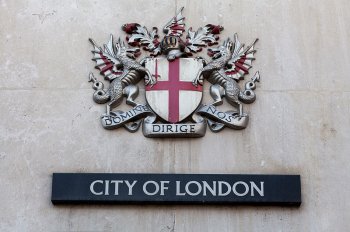 The City of London has asked the Lord Mayor's chaplain to give a religiously-neutral message, rather than a Christian grace, at an official dinner.

The City told the chaplain, Rev Canon Roger Royle, to give the message at a black tie event for the charitable Dragon Awards last week. The awards, which are held at the Mansion House, recognise corporate community involvement.

"[We] respect people of all religious beliefs and those who have none," said the City of London Corporation. "The note of thanks felt most appropriate for our audience as a celebration of London's diversity."

The National Secular Society welcomed the decision. "There is no justification for holding communal prayers at a non-religious public event," said communications officer Chris Sloggett.

At the dinner the toastmaster mistakenly said Rev Royle would give a grace. The priest then explained his instructions and read out some lines from the awards website.

Rev Royle told the Sunday Times that he disagreed with the decision. "I don't see why we didn't have a proper grace because the atmosphere of the evening was perfectly Christian," he said. "In the City… you've got to make sure God does get a look in". George Carey, the former Archbishop of Canterbury, said the chaplain should either have resigned or defied instructions and said grace.

Mr Sloggett said the Church's reaction to the decision had "shown, perhaps inadvertently, what the next logical step should be".

"It is indeed incongruous for Church officials to be delivering secular messages at public events. They have no qualifications for the job, and on the evidence of this dinner they throw an immature strop when they are asked to do it. But the answer to that should not be to reinstate religious messages – it should be to take the Church out of our public ceremonies altogether."

The event is the latest to spark debate on communal religious observance. Last week the NSS wrote to the Justice Secretary to ask him to scrap Judges' Services, where judges attend an Anglican service and pray for guidance fully robed, in their official capacity and during working hours. And last month Belfast's new Lord Mayor, Nuala McAllister, bucked a trend by not inviting anyone to say grace before her installation dinner. The NSS commended her decision.