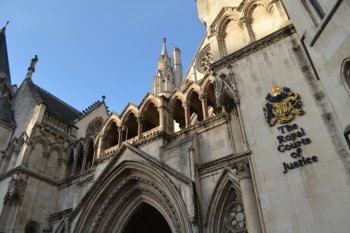 The High Court today ruled that "The saying of prayers as part of the formal meeting of a Council is not lawful under s111 of the Local Government Act 1972, and there is no statutory power permitting the practice to continue".

The judgement follows a Judicial Review initiated by the National Secular Society to challenge the practice of prayers as part of the formal business of council meetings in Bideford Town Council (Devon).

The ruling will apply to the formal meetings of all councils in England and Wales, the majority of which are thought to conduct prayers as part of their meetings. It does not, contrary to a recent report, extend more widely to "the role religious worship plays in public places", for example remembrance services, or councilors voluntarily attending them.

In passing judgement, the Head of the Administrative Court, Mr Justice Ouseley, directed: "I do not think the 1972 Act [...] should be interpreted as permitting the religious views of one group of councillors, however sincere or large in number, to exclude, or even to a modest extent, to impose burdens on or even to mark out those who do not share their views and do not wish to participate in their expression of them. They are all equally elected councillors".

"Acts of worship in council meetings are key to the separation of religion from politics, so we're very pleased with the judgement, and the clear secular message it sends - particularly the statement made about the 1972 Act (quoted in the preceding paragraph).

"We believe that council meetings should be conducted in a manner equally welcoming to all councillors, regardless of their religious beliefs, or indeed, lack of belief.

"The NSS is not seeking to deprive those who wish to pray the opportunity to do so; indeed, we fight to retain freedom of religion and belief. The judgement clearly states that religious freedoms are not hindered, as councillors who wish to do so are free to say prayers before council meetings.

"Our interest in this issue was prompted by a complaint from a Bideford Town Councillor, Clive Bone, who felt uncomfortable at having to sit through prayers, homilies and requests for divine guidance while carrying out his formal duties as an elected councillor. The only alternative to this discomfort was to walk out, unbidden by the mayor, which would look discourteous to those in the public gallery.

"We sought the Judicial Review only after Bideford had rejected compromises made by (now former) Councillor Bone and the NSS for prayers before the meeting, or a period of silence during the meeting. Bideford had also rejected legal advice from the National Association of Local Government and our lawyers that the practice could be unlawful. If Bideford had agreed to cease their practice of (Christian) prayers during the meetings, there would have been no basis for this action. Bideford was indemnified from costs and supported by the Christian Institute. There was no question of prosecuting councillors.

"The judgement echoed an admirably secular passage in the judgment by LJ Laws in McFarlane v Relate Avon Ltd (2010), which a number of equality cases have also cited: 'The precepts of any one religion, and belief system, cannot, by force of their religious origins, sound any louder in the general law than the precepts of another. If they did, those out in the cold would be less than citizens and our constitution would be on the way to a theocracy, which is of necessity autocratic.'"

Prayers have been the cause of tension in a number of local councils. When Portsmouth Council allowed a Muslim Imam to say a prayer, one Christian councillor walked out of the meeting, later saying "I do not believe we are praying to the same god". Meanwhile, councillors in Shropshire called a fellow councillor "disgusting" when he wore headphones during prayers.

Putting the judgment in a wider context, Mr Porteous Wood added: "This judgment is an important victory for everyone who wants a secular society, one that neither advantages nor disadvantages people because of their religion or lack of it. This is particularly important for activities which are part of public life, such as council meetings.

"There is no longer a respectable argument that Britain is a solely Christian nation or even a religious one. An increasing proportion of people are not practising any religion and minority faiths are growing in number and influence. This underlines the need for shared civic spaces to be secular and available to all, believers and non-believers alike, on an equal basis."

The defendant has requested permission to appeal.