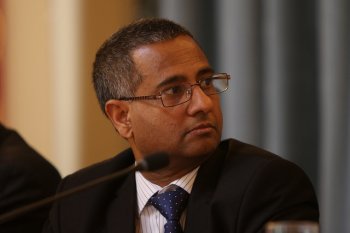 A United Nations special rapporteur has urged the government to take a broader view of religious freedom in response to a review focusing on Christian persecution.

In an open letter signatories including Dr Ahmed Shaheed, the UN's special rapporteur on freedom of religion or belief, said couching the review "more broadly" would "greatly enhance its effectiveness internationally".

The letter, published in the Sunday Telegraph, follows foreign secretary Jeremy Hunt's announcement in December that he has ordered a review into persecuted Christians around the world. It was also signed by Nazila Ghanea, associate professor of international human rights law at the University of Oxford, and Sir Malcolm Evans, professor of international law at Bristol University.

Dr Shaheed will speak on the topic of religious freedom at the National Secular Society's Secularism 2019: Reclaiming Religious Freedom conference on 18 May.

When he announced the review in December the foreign secretary said "Britain has long championed international religious freedom" and called the persecution of Christians an "early warning sign of the persecution of every minority".

Last month he described Britain as a "Christian country" as he gave a speech on the persecution of Christians around the world.

He also said he wanted to "remove any nervousness or sense of political correctness that might have said that Britain shouldn't be championing the rights of Christians around the world for whatever reasons, reasons of history and empire and all that sort of thing which may have been an issue that we have been a bit shy about in the past and we mustn't be".

The review is being led by bishop of Truro, Philip Mounstephen. It aims to map the persecution of Christians in "key countries", provide an analysis of current UK government support, and offer recommendations for a "cohesive and comprehensive policy response".

This weekend's letter called Hunt's intervention "timely". It welcomed "commitment of greater diplomatic efforts" in the human rights field and in religious persecution. It said political responses to violations of freedom of belief "fall well short of the scale of the global problem".

But it added that "couching this review even more broadly, and in the context of persecution against those of all religions and beliefs (including those of no religion), will greatly enhance its effectiveness internationally".

It added that upholding "full enjoyment of freedom of religion or belief" would "enhance its enjoyment by all, whether believer, non-believer or ambivalent."

"The authors of this letter are absolutely right to point out that a review into religious persecution would be far more effective if took a broader view, rather than focusing on one particular group.

"The persecution of Christians is a serious human rights violation, but religious persecution affects people from across a wide spectrum of religious beliefs and backgrounds. It is therefore vital to understand it fully in order to tackle it successfully.

"The Foreign Office shouldn't allow Britain's in-built bias towards Christianity to lead it into standing up for human rights selectively. The victims of religious persecution deserve defending regardless of their religious beliefs or identities."

The government's review follows an outcry over the treatment of Asia Bibi, a Christian woman who faced execution in Pakistan for blasphemy. The NSS wrote to the Foreign Office in October urging for action to secure Bibi's release.