NSS writes to Foreign Office over blasphemy case in Pakistan 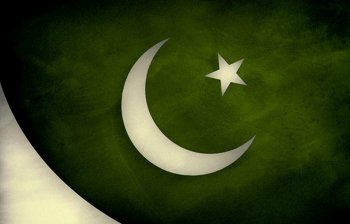 The National Secular Society has urged the Foreign Office to "do everything within its power" to secure the release of a woman facing execution in Pakistan for blasphemy.

This week Pakistan's Supreme Court heard the final appeal of Asia Bibi, a Christian woman sentenced to death for insulting the Islamic prophet Muhammad in November 2010. The court reserved its judgement with no indication of when it would announce a ruling.

The NSS has now written to the Foreign Office and urged it to put pressure on Pakistan to release Bibi.

The allegations against Bibi date back to June 2009, when she was reportedly labouring in a field and a row broke out with some Muslim women she was working with. The women did not want to share a water bowl with Bibi because she was Christian and they were Muslim.

Following a heated exchange, the three women complained to a local cleric who filed a blasphemy complaint with the authorities, claiming Bibi had sullied Muhammad's name. Blasphemy accusations are routinely used in Pakistan to settle personal vendettas.

Asia Bibi was subsequently convicted of blasphemy by a Pakistani court, receiving a sentence of death by hanging in 2010.

The case has provoked an international outcry, with the EU's special envoy for freedom of religion or belief, Jan Figeľ, telling Pakistani officials that the renewal of their export privileges to Europe depend on the release of Asia Bibi.

But Supreme Court judges are under internal pressure from Islamist hardliners not to show clemency. A hardline Pakistani Islamist group, Tehreek-e-Labaik Pakistan (TLP), has warned of "terrible consequences" if Asia Bibi is granted leniency. In 2011, former Punjab governor Salman Taseer, who spoke out in support of Bibi, was gunned down in broad daylight in Islamabad.

Pakistan's recently-elected prime minister, Imran Khan, has vowed to defend the country's blasphemy laws. Shortly after assuming office in August he also called on countries with large Muslim populations to raise a coordinated objection to cartoons of Muhammad at the UN.

"The international condemnation which has raised awareness of Asia's heart-breaking plight should send a clear message to Imran Khan that the time has come to end the appeasement of the religious fundamentalists within and begin work on reforming the country's blasphemy laws.

"Foreign Office officials must treat this case with the urgency it deserves."