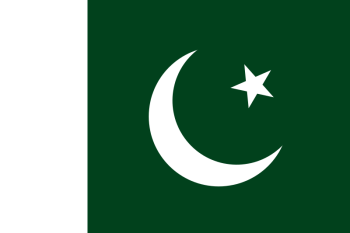 Pakistan's Supreme Court has ordered the freeing of Asia Bibi, who awaited a death sentence for blasphemy for eight years and had recently submitted her final appeal.

On Wednesday morning the three-judge court ordered that her conviction be set aside and she be released. The judgment said she "appears to be a person, in the words of Shakespeare's King Lear, 'more sinned against than sinning'".

The judges said the court had seen no solid evidence of Bibi's wrongdoing and the witnesses who testified against her had presented contradictory stories. They described the prosecution's case as "nothing short of concoction incarnate".

The decision has provoked furious protests from Islamist groups across Pakistan. Members of Tehreek-e-Labbaik (TLP), a party dedicated to punishing 'blasphemy', gathered in Lahore and blocked roads in Karachi. Some returned to the site of a protest camp which crippled the capital city Islamabad last year.

A senior figure in the TLP, Afzal Qadri, has said all three judges are now liable for death.

Khadim Rizvi, the TLP's leader, recently said he would "paralyse the country within hours" if Bibi was freed. Islamists vowed to hold large protests and kill the judges if they did not authorise the death sentence.

Bibi's defenders within Pakistan have taken great personal risks since she was sentenced to death in 2010. In 2011 the governor of Punjab province, Salmaan Taseer, and the minorities minister, Shahbaz Batti, were murdered after they spoke in her defence and called for reform of blasphemy laws.

Earlier this month Bibi's lawyer spoke of the risks of defending her. He said he had lost his health and privacy and was subject to round-the-clock police protection.

Some commentators noted that lower courts in Pakistan are reluctant to acquit blasphemy defendants out of fears for their personal safety and said today's decision may lead to more cases being referred upwards.

Three weeks ago the National Secular Society wrote to the Foreign Office and urged it to "do everything within its power" to secure Bibi's release.

In response to a parliamentary question on the subject on 15 October, Foreign Office minister Mark Little said the government was "deeply concerned about the "misuse" of the blasphemy laws in Pakistan".

"Human rights defenders around the world will be heartened by the decision to free Asia Bibi, who has suffered a wholly unjustifiable ordeal. They will extend their gratitude to those who have defended her at such great risk and the brave judges who have freed her. Now she and her defenders must be protected.

"On other occasions blasphemy accusations will arise in different circumstances or judges will side with the Islamist mobs. The international community must see this case as a warning."

Pakistan's recently-elected prime minister, Imran Khan, has vowed to defend the country's blasphemy laws. Shortly after assuming office in August he also called on countries with large Muslim populations to raise a coordinated objection to cartoons of the Islamic prophet Muhammad at the UN.

The case against Bibi regarded an incident in 2009 when she had an argument with some Muslim women while labouring in a field. The women did not want to share a water bowl with Bibi because she was Christian.

Following a heated exchange, the three women complained to a local cleric who filed a blasphemy complaint with the authorities, claiming Bibi had sullied Muhammad's name.

Bibi's case sparked an international outcry. The EU's special envoy for freedom of religion or belief Jan Figel told Pakistani officials that the renewal of the country's export privileges to Europe depended on Bibi's release. Last week the president of the European parliament raised the case in the parliamentary chamber.

Read more: Quashing of Asia Bibi's blasphemy charge will not end her suffering, by Harriet Sherwood, The Guardian