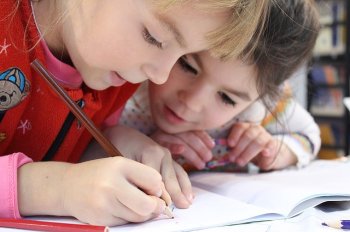 The Welsh government plans to legislate to include non-religious worldviews in its school curriculum and ensure non-religious representatives are appointed to local bodies which determine how religious education is taught.

On Monday Wales's Department for Education and Skills said it would "encompass non-religious views that are analogous to religious views" in the curriculum and on RE advisory bodies.

It made the announcement in a consultation document on legislative changes needed for the new curriculum, Our National Mission: A Transformational Curriculum.

The document says the Welsh government proposes to legislate to amend "the current provisions regarding the description of an agreed syllabus".

"It is our intention also that RE reflects our historical and contemporary relationship in Wales to philosophy and religious views, including non-religious beliefs. Therefore the current legislation will be amended to ensure the agreed syllabus for RE takes account of non-religious worldviews which are analogous to religions (e.g. humanism)."

It adds that membership of Standing Advisory Councils on Religious Education (SACREs) should similarly be opened up to incorporate representatives of non-religious worldviews. SACREs advise local authorities on the content of their RE curricula.

RE will form part of a humanities area of learning and experience (AoLE), along with history, geography and business and social studies. The document says "essential aspects of learning" will be outlined across each AoLE, rather than within individual subjects.

The proposals mirror many of those outlined in a recent report from the Commission on RE, which proposed a national entitlement to 'Religion and Worldviews' education in England. They also align with some of the priorities outlined in the National Secular Society's 21st Century RE for All campaign, which aims to end local and faith based determination in English and Welsh RE.

The Welsh government says its changes will take account of the requirement to pay due attention to non-religious worldviews alongside religious ones under the Human Rights Act of 1998.

It also says it is "keen to explore" how to "modernise" the law around the right to withdraw from both RE and Relationships and Sex Education (RSE).

Currently parents have the right to withdraw children from RE, and from RSE unless it forms part of the National Curriculum programme of study. Pupils cannot withdraw themselves.

The document says ministers will "welcome views on the case for change and any specific ideas of how to modernise this area". It adds that they will aim to "ensure the rights of children and young people are central to considerations" and give due regard to "the impact on all protected characteristics".

But it proposes allowing faith schools to continue to teach denominational religious education.

Currently Wales's voluntary aided schools, where religious groups have a particularly strong influence, must teach RE in accordance with the tenets of their religion. Other schools with a religious character are required to follow the local syllabus but RE can still be used to promote the faith ethos..

The document also proposes no reform of the requirement on schools to hold a "broadly Christian" act of worship daily.

It proposes that all school sixth formers have an entitlement to learn about RE without an obligation to study it. While all sixth formers in England and Wales are supposed to study RE, this is not enforced. The document also proposes repealing an exemption which currently means RE is not taught to pupils in nursery classes.

The NSS engaged with the Welsh government throughout the process, including by meeting policy makers. The society also provided research on issues including the distortion of sex education in Welsh faith schools.

The NSS's head of education Alastair Lichten said: "The ambition for all pupils to have a 21st century curriculum, designed in Wales, has provided a once in a generation opportunity to fundamentally rethink education about religion and belief. It's sad to see such ambition tempered by the 'need' to appease religious interests. The proposals include many positive steps forward, but ultimately more fundamental reforms are required.

"While the government has listened to our concerns about discriminatory and shame-based sex education in Welsh faith schools, they will continue to teach the subject in accordance with their ethos. We all know what that's a euphemism for.

"The Welsh government has rightly realised that it's untenable to teach about worldviews without considering those which reject traditional religious ways of thinking. Simply opening up an advertising space for Humanism alongside other religions isn't enough. But embedding education about worldviews within a wider humanities area of learning, rather than exceptionalising it, shows a way forward for a troubled subject.

"It's also encouraging to see that ministers are open-minded about the decades-old law which allows parents to withdraw their children from RE and RSE. Ultimately this should be repealed, though only after the teaching of religion and belief is reformed so critically-informed inquiry is its primary goal in all schools.

"If we want to truly defend children's right to a decent education, we should stop letting faith schools use RE as a promotional opportunity. Ultimately the best way to do that would be to reconsider the whole future of state-funded faith schools.

"The Welsh government should also reconsider the requirement on schools to hold daily collective worship, which amounts to a state endorsement of Christian teaching. Where schools enforce worship, it is inherently coercive and undermines freedom of and from religion."

The consultation is running until 25 March. Mr Lichten said the NSS looked forward to responding to it in due course.