Replace RE with ‘religion and worldviews’, says commission 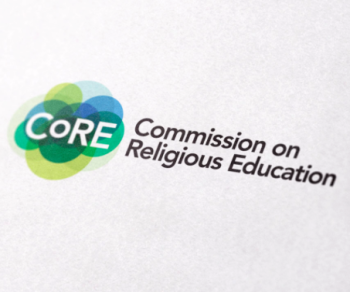 The National Secular Society has given a "qualified welcome" to a commission's recommendations to replace RE with a subject entitled 'Religion and Worldviews' and introduce a national entitlement to it.

In its report on the future of RE teaching the Commission on Religious Education (CoRE) has said all publicly-funded schools should be required to teach the national entitlement. All pupils should be entitled to study it until the age of 16 (year 11) and post-16 students should have the opportunity to do so.

But the report recommended allowing Section 48 inspections, where religious bodies rather than Ofsted inspect the way RE is taught in faith schools, to continue. The NSS has said this recommendation gives too much leeway to religious interests.

The report said schools' programmes of study must "reflect the complex, diverse and plural nature of worldviews" and may "draw from a range of religious, philosophical, spiritual and other approaches to life". The report says if pupils encounter only religious and not non-religious worldviews, or smaller, local, indigenous or newer religions, their understanding of the subject is "impoverished".

It called for a review of the requirement for local authorities to draw up agreed syllabuses on religious education, a measure the NSS has long advocated.

But it recommended changing, rather than abolishing, the local authority bodies charged with drawing up the RE curriculum. The bodies, currently known as Standing Advisory Councils on Religious Education (SACREs), would become 'Local Advisory Networks for Religion and Worldviews'. The NSS has called for the abolition of SACREs.

The report said the Department for Education should provide legal clarification on whether the change in the subject's name would affect parents' right to withdraw their children from the subject.

It added that schools would be expected to publish a detailed statement about how they meet the national entitlement.

"The introduction of a national entitlement to teaching about religion and worldviews is a positive step. If enacted these proposals would represent significant progress although the deference to religious interests has limited the commission's ambitions, making it an inevitable fudge.

"But if the government is prepared to listen then this report is a potential game changer for the way we teach about religion in schools. All children should have an education that enables them to develop their own independent and informed beliefs. Whilst the proposed national entitlement is welcome, a more fundamental review of religion's role in education is necessary to make this a reality and to challenge confessional teaching and undue religious influence in our state-funded schools."

On the recommended name of the new subject, Mr Evans said: "The inclusion of the word 'religion' appears to be a sop to religious interests – which could undermine efforts to reinvigorate and improve the reputation of this contentious are of the curriculum. Calling a subject 'Religion and Worldviews' is a bit like calling PE 'Football and Sport'. Religion would fit in to a study of worldviews but should not get special attention."

The NSS submitted evidence to the commission ahead of both its interim report, which recommended "strategic, urgent intervention" last year, and the final one published today.

The society called for legislative change to enshrine a national entitlement giving every pupil the right to high quality, non-partisan education about religion and belief. It argued that schools should teach about a diverse range of religious and non-religious worldviews.

It said pupils should study how people's worldviews may influence their thinking on philosophical, moral and cultural issues and how the freedom to manifest religion and belief interacts with the rights of others.

And it called for a separation between any form of confessionalism or religious instruction and education about RE, arguing that the promotion of religion should only take place in a voluntary or non-state funded environment.

The NSS has set out its vision for high-quality, non-partisan education through its 21st Century RE For All campaign.

In April the NSS hosted a conference on the future of teaching about religion and belief, where panellists from educational backgrounds argued for reform. The keynote speaker, philosopher AC Grayling, called for teaching to look broadly at "the history of ideas", including topics such as classical mythology and different types of thought.

A survey published this week revealed that religious education is was one the subjects least enjoyed by pupils.

The final report is available to download here: Final Report of the Commission on RE

An executive summary is available here: Final Report (Exec Summary) of the Commission on RE