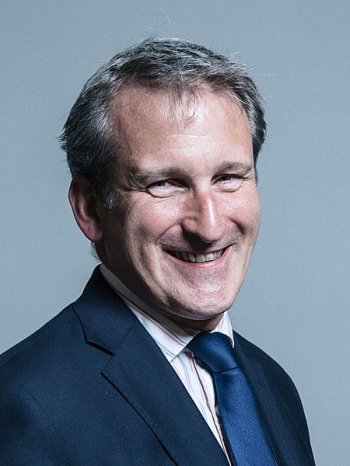 The education secretary has dismissed calls for the reform of religious education in England after a major report called for a national entitlement to 'Religion and Worldviews' education.

In a letter to the Religious Education Council of England and Wales, Damian Hinds said he had concluded that "now is not the time to begin these reforms".

In a report published in September the Commission on Religious Education (CoRE) said schools' programmes of study on religion and belief should "reflect the complex, diverse and plural nature of worldviews". It added that they could "draw from a range of religious, philosophical, spiritual and other approaches to life".

The commission said all publicly-funded schools should be required to teach the national entitlement. Many of the recommendations were broadly in line with the aims of the National Secular Society's 21st Century RE For All campaign.

The RE Council established CoRE in 2016 in order to review the education, legal and policy frameworks for RE.

Hinds said "some stakeholders" had expressed "concerns that making statutory the inclusion of 'worldviews' risks diluting the teaching of RE". He also cited concerns over teachers' workload, saying reducing workload was "one of my top priorities, for the duration of this parliament".

"The commission's recommendations provided a way forward for a subject that has over time become unfit for purpose. Unfortunately, the government has shown it is willing to reject even modest and very widely supported proposals when faced with opposition from religious groups including the Catholic Education Service.

"The commission's recommendations would have allowed many faith schools to continue to teach and inspect denominational RE, but for some any elevation of non-religious worldviews towards equal status is a step too far.

"Britons' worldviews are becoming increasingly diverse and irreligious. Understanding the beliefs of our friends, neighbours and colleagues is crucial to living together in a shared society. Good religious education – whether as a separate subject or as part of a wider humanities curriculum – can help foster that understanding. Sadly efforts to reform RE are being undermined by religious groups seeking to use it for their own ends."

The report was the subject of a debate in the House of Lords on Monday. On behalf of the government Theodore Agnew said it would be "difficult to agree a consensus" on reform owing to objections from some religious groups. Agnew cited the opposition of the Board of Deputies of British Jews and the Catholic Education Service, groups which he said were "unlikely to be alone".

But peers including John Alderdice and Dominic Hubbard of the Liberal Democrats and Joan Bakewell and Mike Watson of Labour criticised the government's decision.

Alderdice called the report "a thoughtful piece of work" and "arguably the most substantial piece of work on the issue of religious education in our country since the 1970s".

Bakewell called the report "splendid" and the government's response "feeble". Watson said the "inclusion of a diverse range of world views" would make RE "better equipped to remain relevant to young people growing up in 21st-century Britain, both those with religion and those without".

Meanwhile the RE Council, which established CoRE in 2016, said it was "disappointed" by Hinds's reaction.

"His response fails to grasp the urgent need for reform of Religious Education to better prepare young people for life in modern Britain, the broad consensus in support of the commission's recommendations, and the excellent opportunity to strengthen the subject that the report's publication represents."

The council also said its report had "widespread support from teachers", citing the positions of three teaching unions.

The National Association of Teachers of Religious Education called the government's response a "missed chance to make a lasting impact on the quality of education provided in our schools".

In his letter Hinds also said it was "important to continue to work hard to recruit new RE teachers and to ensure that they acquire good subject knowledge". The Department for Education recently changed the bursary available to trainee RE teachers so those with a 2:2 degree or higher will be given £9,000.