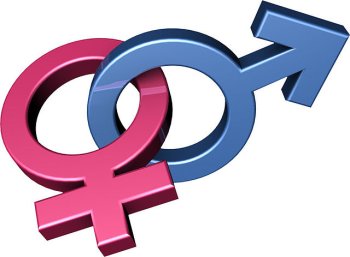 Allowing Welsh faith schools to teach sex education through a religious lens will distort the subject and teach children to be ashamed, the National Secular Society has warned.

In a letter to Kirsty Williams, the cabinet secretary for education in Wales, the NSS welcomed plans announced by the Welsh government this week to make LGBT-inclusive Relationships and Sexuality Education (RSE) compulsory in schools from age five.

But the letter expressed concern that plans to allow faith schools to continue to deliver the subject in a manner "consistent with their ethos" will undermine efforts to support young people to develop healthy relationships, maintain good mental health and keep physically and sexually safe.

NSS research has found that all 12 of the secondary state faith schools in Wales which have a policy on sex and relationships education (SRE) are teaching the subject within the tenets of Catholicism or the Church in Wales.

In one case a school lifted wording from Section 28 of the Local Government Act 1988, which banned the 'promotion' of homosexuality. The law was passed 30 years ago this week and repealed in 2003.

In its policy, which was updated in September 2017, St John Baptist Church in Wales High School in Aberdare said: "Section 28 of the Local Government Act 1988 prohibits Local Education Authorities from promoting homosexuality or 'promoting the teaching in any maintained school of the acceptability of homosexuality as a pretended family relationship'."

Its policy says: "The act of sexual intercourse is also the action through which the human race is continued. Therefore, any sexual acts where the creation of new life has been deliberately ruled out – including the use of artificial contraceptives – must be regarded as a wrong use of sex."

In the NSS's letter to Williams, chief executive Stephen Evans sought assurances that the new curriculum would "not provide the opportunity for faith schools to use SRE to promote religious teachings".

Explaining the decision to write the letter, Mr Evans said: "The Welsh government's professed commitment to making sex education inclusive and comprehensive is welcome. But the continued special exemptions for schools with a religious character will undermine plans to ensure every child has access to age-appropriate, consistent education.

"The Welsh government's expert panel on the future of SRE has called for a curriculum that is 'fundamentally non-judgemental, non-stigmatising and anti-discriminatory'. Yet 15 years after the repeal of Section 28 its shameful shadow still stretches over sex education in faith schools. State-funded schools are still preaching shame, in line with the schools' religious ethos.

"A new curriculum for Wales needs to be a curriculum for all students in Wales. All students should have the right to access education that will give them clear and accurate information on topics that are so important to their wellbeing. Our research shows how faith schools are letting young people down in this respect."

There are 18 secondary state faith schools in Wales. Six have not made their RSE policies available.

The NSS's findings follow the publication of its report Unsafe Sex Education: The risk of letting religious schools teach within the tenets of their faith, which found that most secondary faith schools in England were distorting sex education.